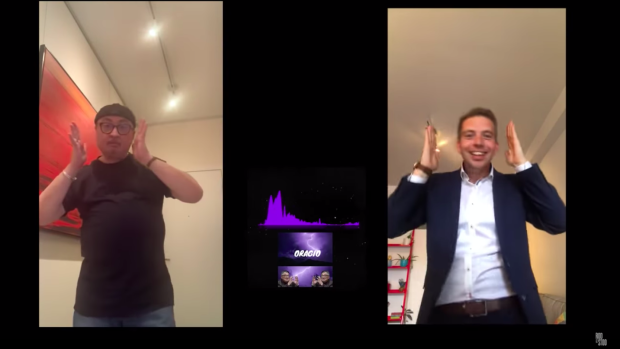 MONTREAL — A Montreal youth organization has publicly dissociated itself from a video that portrays Dr. Horacio Arruda dancing to raise funds for youth in difficult situations amid the COVID-19 pandemic.

In the video shared on social media, the province’s public health director is dancing alongside Rod le Stod, a Quebecois hip hop artist. Rod le Stod said the funds raised through the video would be “given to an organization that helps homeless youth in Montreal.”

On Monday, the general director of Refuge des jeunes de Montréal published a message on the organization’s Facebook to dissociate from the initiative.

“Following the video posted online today, presenting a choreography by Doctor Horacio Arruda and Rod Le Stod for the benefit of the Refuge des jeunes and for which we were not consulted, we wish to intervene,” wrote France Labelle.

She said the time to broadcast this type of video “has not yet come.”

Arruda is dancing casually in the video, but the song’s lyrics caused a reaction among internet users.

The song is in French, but some of the lyrics loosely translate to: “Everywhere on Earth there is a stormio / My lightning rod is Horacio / We are lucky to have François Legault / Suspend all my rights, I give you the go.”

“Because of the unease we’re experiencing and in support of those closely affected by this crisis situation, including people experiencing homelessness, we prefer to dissociate ourselves from it,” Labelle said, adding that the organization recognizes the good intention behind the initiative.

The video’s creator has been notified of the decision, Labelle said.

“Our aim is not to doubt the good intentions of the video, nor even the remarkable work of Doctor Arruda, but just to emphasize that we do not share the ‘timing’ of the video,” the Facebook post reads. “But don’t worry, we can’t wait to dance and sing too!”

Dan Bigras, a singer who is also spokesperson for the organization, shared his thoughts on Twitter.

“We find it too early, while the suffering is so great,” he wrote. “For me, our good doctor Horacio can dance as much as he wants, it makes me happy. But when you associate the name of the organization, the least you could do is call the organization.”

This report by The Canadian Press was first published May 12, 2020.