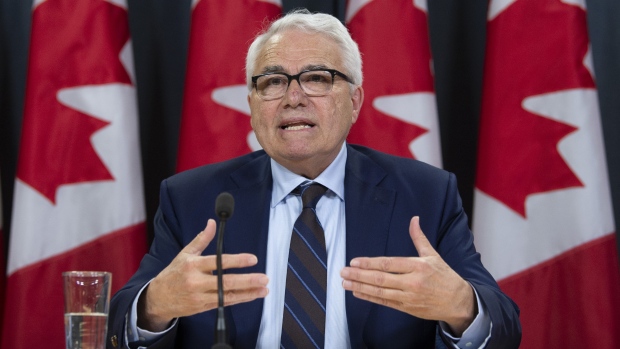 In a statement issued Thursday, Raymond Theberge said he’s particularly concerned about French speakers in New Brunswick and Ontario, saying Canadians must be able to understand messages sent by all government institutions, especially during the current pandemic.

Theberge called it a matter of respect and security for all Canadians and that he was concerned by what he heard from the public and from organizations representing linguistic minority communities.

Earlier this month, Ontario Premier Doug Ford responded “Now now” when asked a question in French by a reporter.