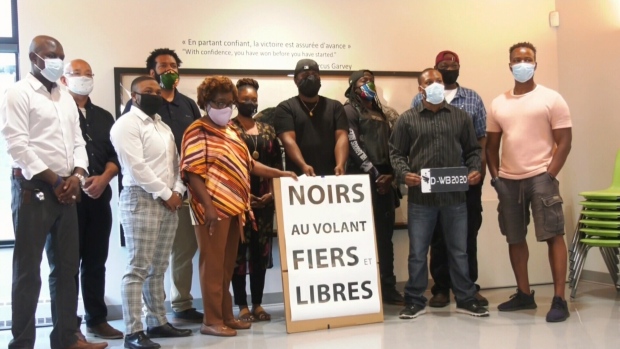 MONTREAL — The long debate over how to reform policing isn’t happening fast enough for some Montrealers. A protest planned for Sunday will focus on street checks, which organizers say must be stopped.

When he drives his own car, “it’s ‘we’re stopping you for random verification,’” says Jonathan Woodley. “If I drive my wife’s car, ‘you’re driving a car that’s registered to a woman.’”

Woodley says it’s happened to him twice in recent years—being stopped for no reason in Laval and Terrebonne.

Tiffany Callender of the Cote-des-Neiges Black Community Association says street checks create an unnecessary weight that those who don’t experience them may not understand.

“It is harassment, it is micro-aggressions,” she said. Street checks “cause not only emotional but psychological and, at the end, financial burdens for people.”

Joel de Bellefueille says that with a growing public appetite to question police, one of the natural first issues to be in the spotlight is street checks.

De Bellefueille says he’s been stopped countless times on the South Shore and has filed complaints against Longueuil police for it.

“There’s a lot of people that are quiet about it, but I think they’re starting to realize that they’ve got a voice as well,” he said.