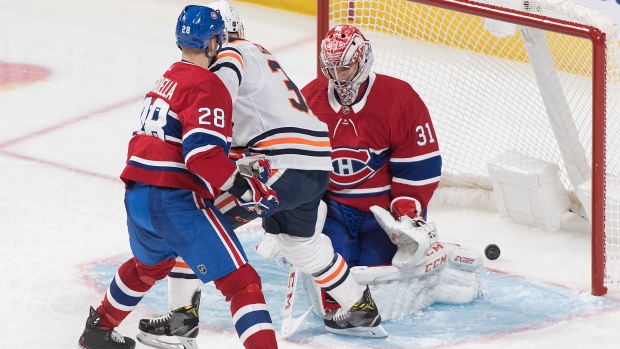 MONTREAL — The defending Stanley Cup champion Blues made another move to fortify their future blue line by agreeing to terms Thursday with defenceman Marco Scandella on a four-year contract extension.

The deal is worth $13.1 million — an annual salary-cap hit of $3.275 million through the 2023-24 season. Scandella played 11 games with St. Louis and recorded one assist before the NHL paused its season March 12 because of the coronavirus pandemic.

Scandella, 30, was the most recent addition for the Blues, who acquired him from Montreal in February before the trade deadline. General manager Doug Armstrong acquired Justin Faulk from Carolina in the off-season and signed the right-shot defenceman to a $45.5 million, seven-year contract.

The future of captain Alex Pietrangelo remains up in the air. Pietrangelo is set to be an unrestricted free agent after the season and will likely command a raise from his current $7.5 million salary.

To extend Scandella beyond this season, the Blues are sending a 2021 fourth-round pick to the Canadiens to complete the trade that already included a 2020 second-rounder.

Signing Scandella gives the Blues some security on the left side of their defence. He has 42 goals and 95 assists for 137 points in 580 regular-season games with Minnesota, Buffalo, Montreal and St. Louis.

Scandella was a second-round pick of the Wild in 2008 and has skated in 39 Stanley Cup playoff games.