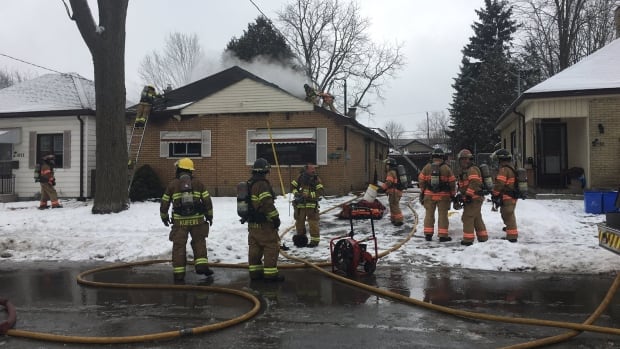 Fire officials say no one was inside an east London home when they responded to a fire on Thursday morning. The blaze is being investigated as suspicious.

“Due to the quick response and our timely entry to knock the fire down, we were able to contain it to the origin house, so it wasn’t able to reach the house to the east, which is [in] very close proximity.”

About an hour after responding to the home at 1031 Frances St., smoke continued to waft from the roof of the structure and Shewell said fire fighters were checking the attic space for hot spots.

He said the blaze originated on the main floor of the home, but wouldn’t comment on why it was being treated as suspicious.

“We’re going to work with our partners, LPD [London Police] and OFM [Ontario Fire Marshal] to see if we can come to a circumstance and cause of this fire.”