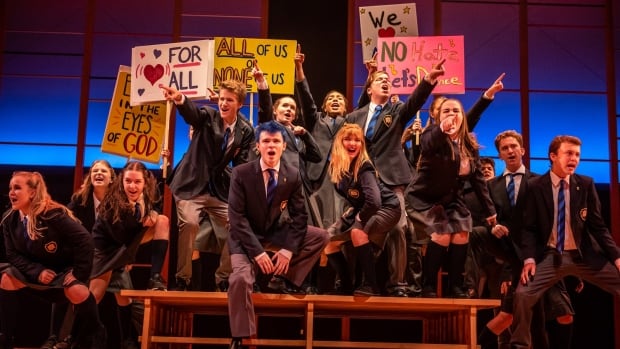 The Grand Theatre has announced several cancellations as a result of the COVID-19 pandemic, including the cancellation of the High School Project for the 2020/2021 season.

Since its beginning in 1998, the High School Project has allowed students from the London region to put on a total of 33 shows while being mentored by professional artists and coaches from all departments of the production.

“We know this will be a huge disappointment for the students who are already facing uncertainty and upheaval with their current school year,” said the theatre’s artistic director, Dennis Garnhum.

The student production Barnum, a musical that centres around the career of circus showman P.T. Barnum, was to be performed off-site in a 400-seat tent at the Western Fair in September.

“The High School Project is a program that is embraced by so many in the community, not the least of whom is our staff who are devastated by this news,’ Garnhum said.

People who had already purchased tickets to the High School Project’s production as part of their 2020/21 season packages will have the option of donating the value of their tickets back to the theatre, taking a credit or getting a full refund.

Earlier this month, the remainder of the theatre’s current season was cancelled just ahead of the North American premiere of the stage adaptation of Emma Donoghue’s novel Room.

Garnhum said the theatre is still in the process of reviewing the full 2020/2021 season and hopes to have an update in the coming weeks.

The theatre is also postponing a planned $8-million renovation until 2021.

The extensive renovation of the theatre’s lobby spaces was set to start on May 3 after the last performance of this year’s season.

The project is a partnership with private funders as well as the federal government, municipalities and the Ontario Trillium Foundation.

“We are grateful for the understanding and flexibility of all of our partners in these uncertain times,” Deb Harvey, the theatre’s executive director, said.

The theatre also announced that it’s annual spring gala, which raises funds to support youth programming, such as the High School Project has also been cancelled.