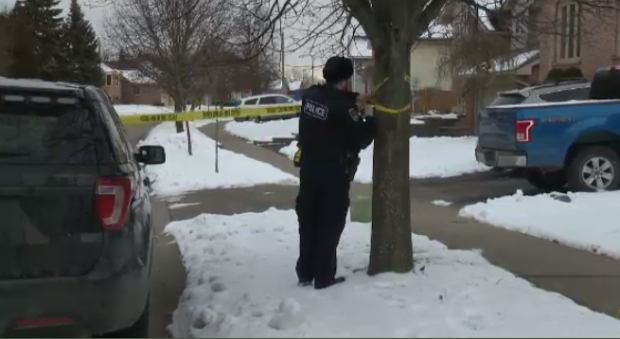 BRANTFORD — Some residents of Brantford’s Brier Park neighbourhood were still unable to get to their homes late Friday evening due to an investigation involving local police and Hamilton Police.

Tactical officers were on scene at Blackfriar Road beginning lateFriday morning, and were still there into the evening.

The area between Yeloman Drive and Dundsdon Street as well as Christie Lane was shut down.

BPS and HPS are currently still actively investigating in the Brier Park area. Some roads will remain closed to vehicle and foot traffic until further notice. Updates will be provided as soon as possible.

Resident Rick Johnston says he was told by police to start looking for another place to go for the night even though his dog was still in the house.

“My concern was the dog more than anything,” he said. “It’s like leaving a family member behind. It’s difficult.”

He adds that his Valentine’s Day plans had to be changed as well.

“It’s very frustrating,” said Johnston. “I had to go to the florist and tell them to hang on to flowers for another day.”

Neither Brantford nor Hamilton Police have reported further details about the investigation.

CTV Kitchener reached out to Hamilton Police again on Friday evening with another inquiry.