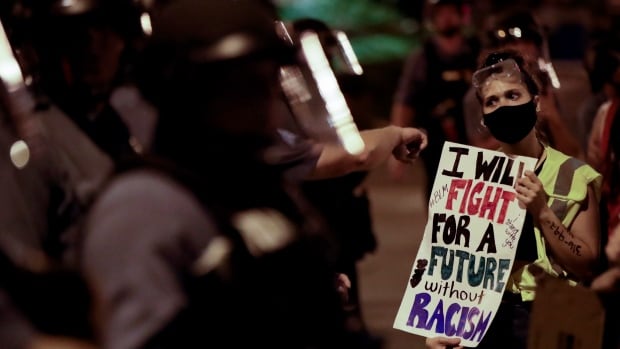 Join our Facebook Live Tuesday at noon with NDP MP Matthew Green, Hamilton Centre for Civic Inclusion program coordinator Samson Dekamo and a member of the Hamilton Youth Poets. We will talk with them about what needs to change to end anti-black racism in Hamilton, Canada and in the U.S. and what you can do to help make that change.

This follows the murder, on May 25, of George Floyd, an unarmed black man who was seen on video with his neck pinned under the knee of a white police officer for almost nine minutes. Derek Chauvin, the now former Minneapolis, Minn., police officer has been charged with Floyd’s murder.

Since that day, protests have erupted across the U.S., Canada and many other countries calling for justice and an end to police brutality and institutionalized anti-black racism.

The CBC’s Conrad Collaco will speak to members of Hamilton’s black community about what needs to change in the way the community is served by police, government, media and other institutions. We’ll talk about what all of us can do to end anti-black racism.

Be part of the conversation. Let us know what you think about the murder of George Floyd, the protests taking place and what needs to change in Hamilton to prevent anti-black racism.