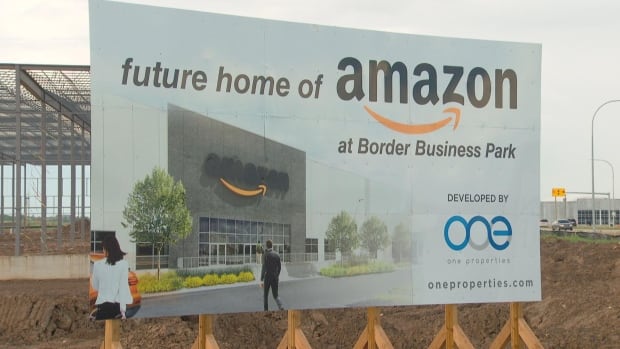 A worker at an Amazon warehouse construction site south of Edmonton, died early Wednesday morning after suffering an electric shock on the job last week.

The incident occurred at an Amazon warehouse under construction south of Edmonton in Leduc County. Dawson Wallace is the prime contractor on this site.

“The investigation is ongoing and all parties continue to cooperate with the occupational health and safety authorities. This is devastating news and our hearts go out to Colton’s family,” said Ross McCrimmon, construction manager at Dawson Wallace, in an emailed statement.

Quast’s mother said in a Facebook post that he died peacefully a week before his 26th birthday just before 1 a.m. on Wednesday with family, friends and his fiancée at his side. Condolences have poured in on Facebook for the family since then.

Bancarz also said a stop use order was issued to the work site for the electrical cabinet involved in the incident. He said the cabinet won’t be used until it’s examined by an engineer and deemed to be safe.

The $130-million Amazon warehouse in Leduc County near Nisku Spine Road and 41 Ave. SW is projected to open in the spring.