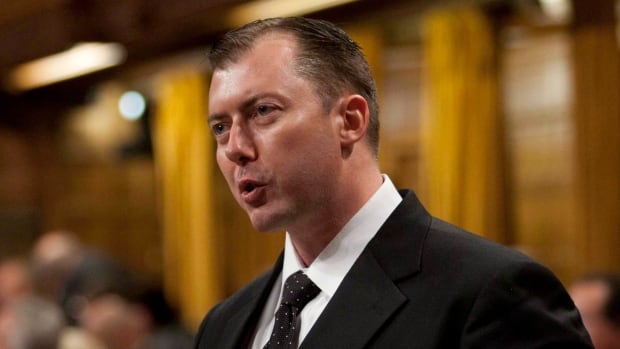 All charges against former Calgary MP Rob Anders have been dropped on what was supposed to be the first day of a two-week tax evasion trial.

Outside the courtroom, Anders’ lawyer Paul Brunnen told reporters his client was “relieved.”

An earlier version of the story appears below.

Former Calgary Conservative MP Rob Anders goes on trial for tax evasion Monday, accused of failing to report more than $750,000 in income over a six-year period including alleged offences which overlapped with his time in government.

Anders is facing five charges under the Income Tax Act for alleged activity between 2012 to 2018, including three counts of making false or deceptive statements, obtaining a refund he was not entitled to and evading payment of taxes.

The 50-year-old who helped found the Conservative Party of Canada, held his Calgary seat from 1997 to 2015, first for the Reform Party and then for the CPC.

In 2014, when Anders lost the nomination battle to Ron Liepert in the Calgary Signal Hill riding, ending a 18-year stint as MP, he said his only regret was that his government had not cut taxes more.

Police and court documents allege fraudulent rental expenses, mystery deposits as well as $750,000 in unreported income and capital gains hidden from the CRA by Anders.

Criminal defence lawyer Cory Wilson — who has represented clients facing similar charges — says proving the case will be “an uphill battle” for the prosecution.

“They still have to prove the guilty act and the guilty mind,” said Wilson

“It’s not enough that income tax wasn’t paid, they have to prove he intentionally didn’t pay it by way of a guilty act; that he knew he was supposed to pay it and didn’t pay it.”

Anders’ lawyer Paul Brunnen declined to comment on the case ahead of trial.

Penalties include jail and/or fines

If convicted, Anders could face up to two years in jail and fines between 50 and 200 per cent of the evaded taxes.

But Wilson says  it’s unlikely Anders will face jail time, pointing to a recent Alberta case involving a larger sum of money which resulted in the offender paying a fine equal to the amount owed in taxes plus house arrest.

“The chances of Mr. Anders going to jail should he be convicted are very, very low,” said the Calgary lawyer.

Anders supported initiatives from the Harper government to offer various tax breaks to Canadians. He was also an outspoken proponent of getting rid of the GST.

Ahead of the 2014 nomination battle, then Prime Minister Stephen Harper pointed out Anders had voted for more than 160 tax cuts since being elected.

Controversy seemed to follow Anders when he was an MP. The staunch anti-abortionist twice fell asleep on the job, called Nelson Mandela a “terrorist” and and got the boot from the Veterans Affairs Committee after controversial comments about the NDP.