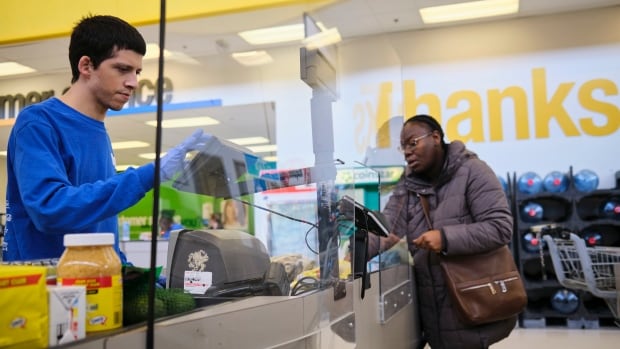 Adam Brown lined up a job in March with a consulting firm in Edmonton. He just started there this week.

He counts himself among the lucky ones — luckier than many of his friends whose summer-job options, like those of so many students, have been hard-hit ever since pandemic-related restrictions took hold in March.

Statistics Canada reported the youth employment rate dropped to 49 per cent at the outset of the pandemic, the lowest rate since comparable data began being gathered in 1976, and the unemployment rate (the proportion actively looking for work and unable to find it) hit 16.8 per cent, the highest mark since June 1997.

Job prospects may be different for different students, Brown said, depending what they’re studying.

But “most students are still probably having difficulties locking down jobs,” said Brown, the outgoing chair of the Canadian Alliance of Student Associations.

“We’ll have to see as the summer progresses if job markets are actually going to open with more availability for students. Because the service industry in particular, I think, is going to take a lot longer to get back on its feet.”

On Friday, Statistics Canada will report preliminary jobs figures for April. A broader data set on students is anticipated next week.

The reports are expected to show the situation got worse as economic activity contracted further. BMO is predicting Friday’s labour force survey will show a loss of 4.5 million jobs in April, and an unemployment rate that could hit 20 per cent.

Job postings on Indeed.com for community-services positions, which would include many common summer jobs for students, are all sharply down from last year, said Brendon Bernard, the website’s economist.

“At the moment, the summer-job market is going to be tough for students,” he said. “That was a key impetus for the government to launch a specific student-oriented supplement to the emergency benefit system that was rolled out for all workers earlier in the month.”

Some small businesses say they’ve been frozen out

Many small businesses that use the program to help them hire students were keen to use it, but have since voiced disappointment after learning the additional funding or positions were only available to those who already had signed up to use the program, said Dan Kelly, president of the Canadian Federation of Independent Business.

Federal figures published Wednesday show that 7.59 million people applied for the Canada Emergency Response Benefit prior to Tuesday, and the treasury is paying out $28.57 billion in benefits. The program has a budget of $35 billion, and targets workers who have lost jobs or work opportunities or now earn less than $1,000 per month as a result of the pandemic.

Many students have been able to access the $2,000-a-month benefit, Brown said, but there are gaps in the program.

Falling through the cracks

Jamie Woodward fell through one of them.

The 17-year-old started working two part-times jobs in January — one at a grocery store, another at a restaurant in the Ottawa area — only to see his hours cut in March. He, like other young people predominantly employed in the service sector, lost his restaurant hours when the establishment closed, and the grocery store has cut back.

Woodward continues to work but doesn’t seem to qualify for any federal programs. He’s also waiting on details of the federal government’s student aid programs to see if there’s anything there that could help.

Treasury Board President Jean-Yves Duclos said Wednesday that the government will soon provide more specific information about the design of the student supports. He said payments to students should be as swift as payments for the CERB.

The $1,250-a-month benefit for post-secondary students is targeted at those whose finances are affected by the pandemic, with payments covering May to August.