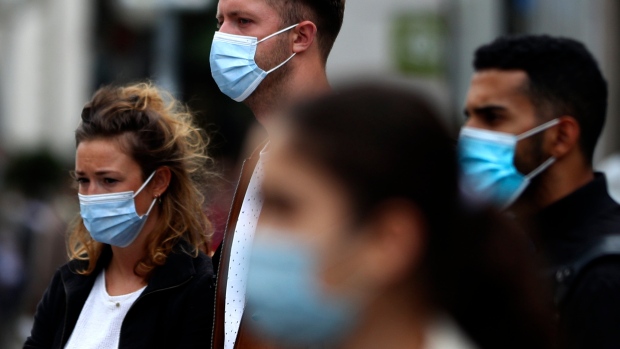 On June 8 St. Albert city council voted unanimously to lift the local rules when the province enters Step 3 of the summer reopening plan, although the local rules have been suspended since the end of 2020.

If there is another surge or wave of COVID-19, the city could quickly bring back the mask bylaw.

Coun. Sheena Hughes said with the reopening, the province has been taking a cautious approach and tying the lifting of restrictions with vaccination rates.

“I feel comfortable leaving things in the hands â€¦ of the provincial health experts to make decisions about whether or not there should be masks,” Hughes said.

Other councillors said they were at ease knowing if there was a future need for masks and the province wasn’t acting, the city would call a council meeting to sort it out.

Last summer, before the province implemented an Alberta-wide mandate, individual municipalities were left to enact their own bylaws. This left some areas of the province under a mask bylaw, with other communities allowing residents to go unmasked in buildings. As a result, some Albertans travelled to communities to spend time under the rules of their choosing.

“That was the concern last summer when we did this in a regional way was that we’d get the people who don’t want to wear masks coming to St. Albert, and we’d get people who are supportive of masking going to Edmonton,” Joly said.

“Should this become a problem for businesses, I really encourage everyone to contact us so we know that it is a problem and can do something about it.”

On Dec. 21, 2020, council suspended the City of St. Albert Face Coverings Bylaw, so only the provincial masking requirements were in effect, after the provincial government implemented mandatory province-wide masking in all indoor public spaces on Dec. 8, 2020.

Council voted for the suspension of the mask rules to prevent any confusion for residents between the local and provincial rules.

But the changes at council completely removed the local rules and now the city will look to the province for masking guidance.

Alberta will move into Stage 3 of the reopening plan once 70 per cent of Albertans ages 12 and older have had one dose of the COVID-19 shot. The timeline on Stage 3 isn’t set in stone, but it is expected to start in late June or early July.

At that time, almost all restrictions will be lifted, including rules that masks must be worn in indoor public spaces and in workplaces.

Other municipalities in the region are considering keeping their own local bylaws, such as Edmonton, that currently has their face-covering bylaw expiring on Dec. 31 2021. The city is considering whether they should lift the mandate early and defer to the province.