EDMONTON — Mounties in St. Albert, Alta., say they are investigating a hate-motivated attack on two hijab-wearing sisters who were knocked to the ground and threatened with a knife while out for a walk.

Around 12:30 p.m. Wednesday, police say the two women were walking along an unpaved pathway near Alderwood Park and close to Anthony Henday Drive.

A man wearing a mask approached the pair and yelled racial slurs towards them before grabbing one of the women by her hijab and knocking her to the ground, leaving her unconscious, police say.

The man pulled out a knife before knocking the second woman to the ground, holding her down with the blade against her throat while continuing to utter religious slurs before running away, according to RCMP.

Both sustained non-life threatening injuries and one was taken to hospital.

Police aren’t revealing their ages, saying only that the two are “young adults” and both residents of St. Albert.

Mounties began a search for the man, which included the use of a police dog, but he could not be found.

“Normally in St. Albert we don’t see this type of crime,” said RCMP Const. MJ Burroughs. “We are taken aback by it.” 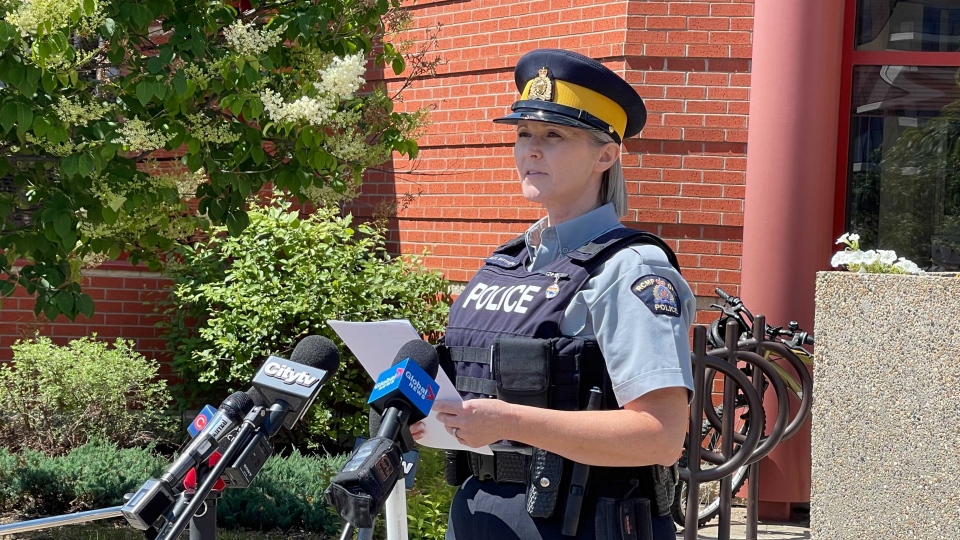 Police issued a description of the suspect:

Anyone with information is asked to contact St. Albert RCMP.

“St. Albert needs to be a safe place for all,” she tweeted. “The roar of outrage needs to be loud.”

Edmonton Mayor Don Iveson said it was “unacceptable” that the city’s Muslim community was being targeted.

“Our Muslim neighbours, friends, and family deserve to feel safe and welcome in their communities. I’m heartbroken that many of them are not feeling safe right now.”

Earlier this month, a woman in her 50s was out for a walk when she was approached from behind and thrown to the pavement.

In April, police said an Edmonton Muslim family was targeted in a road rage incident where a driver allegedly “made a profane gesture” at a woman wearing a hijab.

In March, an Edmonton man was charged in connection with three apparent hate-motivated incidents including verbally abusing a teenager who was wearing a hijab while waiting at a transit centre and hurling insults a woman wearing a burqa.

In February, police said a woman in a hijab was threatened by a man at the Century Park LRT station.

And in December, an Edmonton man was charged after what police called a “hate-motivated” attack on two Somali women in the Southgate Centre parking lot.