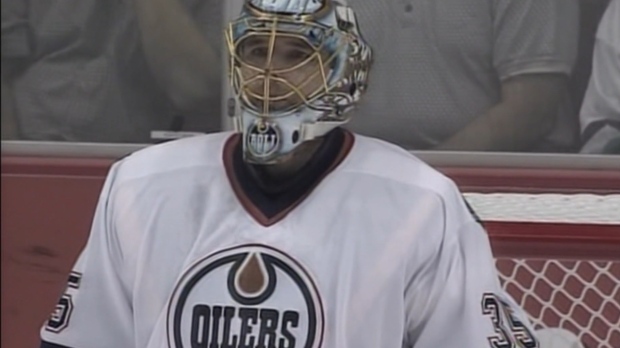 EDMONTON — On Wednesday three former members of the Edmonton Oilers reminisced about the spring of 2006, the year the team made a surprising cup run to the Stanley Cup Final.

The Oilers lit a fuse in the city, they entered the playoffs as underdogs, but made it to the finals. The action on the ice and in the streets was intense.

“Simple word, crazy,” said Dwayne Roloson. “I think the city ran out of beer two or three times and everything was getting trucked in.”

“One of my buddies actually got his phone stolen on Whyte Avenue after one of the games and the guy started running down the street,” said Jarret Stoll. “My buddy tracked him down and it ended up on CTV News. No one believed him but on the 6 o’ clock news there he was.”

The Oilers began the playoffs as the lowest seed in the west. Backstopped by the sensational play of Dwayne Roloson, who was in the conversation for playoff MVP honours before suffering a knee injury in Game 1 of the finals in Carolina.

“I actually thought I broke my arm to be honest with you,” said Roloson.

The Oilers went the distance without Roloson, going to Game 7 before ultimately losing. Players still wonder what would’ve happened if “Rollie” didn’t get hurt.

“Rollie was such a huge part of our success that losing him was insurmountable. We almost did it,” said Ethan Moreau.

“The guys did a great job of, you know, keeping me a part of it and not saying, ‘Oh, too bad… too bad,'” said Roloson.

Jarret Stoll went on to win two Stanley Cups with the L.A. Kings, but he says he’s never gotten over what happened in 2006.

“No, it didn’t erase it to be honest with you. I’m still upset we lost in Game 7 in Carolina. We had the team. We had all the right ingredients,” said Stoll.

Although they didn’t taste victory in Game 7, the 2006 Oilers won’t forget that playoff run.

“I don’t think I’ve been in a city that’s been that excited about anything,” said Roloson.