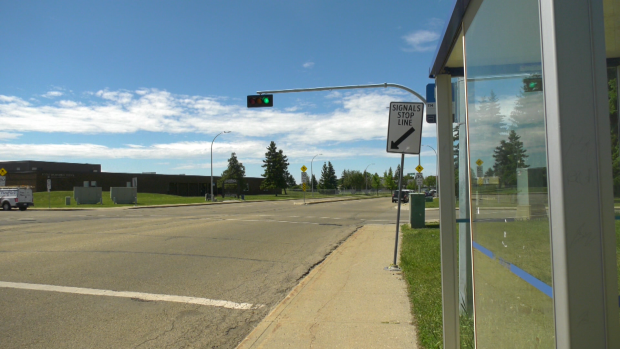 EDMONTON — Another attack on a Muslim woman in Edmonton is being investigated by police.

On Friday, a Black Muslim woman in her 50s was out for a walk in the area of 88 Street and 144 Avenue around 9 p.m. when an attacker approached her from behind and threw her into the pavement.

Jibril Ibrahim, Somali Canadian Cultural Society of Edmonton president, who spoke on behalf of the affected family to CTV News Edmonton and knows them closely, described the incident as hate-motivated.

“She was just walking on the street in the evening, just to get a little bit of fresh air,” Ibrahim said. “She was not expecting all of a sudden someone to grab her by the neck.

“She was thrown on the ground,” he added. “That is where she sustained injuries to her face, lips, even her teeth. Also, her nose now has a crack on it, the doctors are reporting.”

The attacker fled the scene without a word, Ibrahim said.

Ibrahim said that the woman had to be taken to the hospital in a wheelchair because her knees were also injured.

After staying in hospital for the night, the woman was released to recover at home. According to Ibrahim, her entire family is still reeling from the incident.

“The victim is feeling that she has some fear, kind of traumatized by the incident and she doesn’t feel like going out on her own.”

When Ibrahim was talking about the incident to the woman, she disclosed to him that this is not the first time she has been subjected to hate and racism.

He said that many community members are scared to report incidents like this for fear of reprisal.

“A lot of people aren’t reporting it because they are afraid that reporting might cause people to follow them to their house,” Ibrahim shared. “The community, you know when we talk to them they report to us because they feel comfortable that they won’t be able to be recognized and so on.”

When reached out to for comment on the incident, the Edmonton Police Service (EPS) said that the assault was reported to them and that they are investigating the incident.

“The EPS Hate Crimes and Violent Extremism Unit has been made aware (of the incident); however, the investigation remains with the EPS Investigative Response Team (IRT) at this time,” Carolin Maran, a communications advisor with EPS, said in a statement to CTV News Edmonton.

‘WE NEED TO WALK THE TALK’

For Ibrahim, all levels of government need to step up to create coordinated responses so that hate and racism can be properly combatted.

“(People) talk about it, they show their sympathy on Facebook and Twitter but everybody just talks and leaves it there,” he said. “This problem is not going to go away.

“We don’t have to wait to call hate (for what it is) until someone gets killed.”

He believes the definition of hate crime is too narrow and out-of-date. In Ibrahim’s view, adjustments to the criminal code could give law enforcement more tools and the ability to deal with incidents like this.

“We need to look into those definitions and come up with solutions otherwise more and more, we will see more and more similar incidents of what we saw in London, Ontario,” Ibrahim said.

The provincial government announced a new grant for security upgrades to religious and cultural groups as well as a new community liaison and law enforcement hate crimes unit on Friday. Ibrahim, and others in the Muslim community, believe those measures are simply not enough.

The greatest injustice, Ibrahim shared, that people within the Somali community in Edmonton feel is that they would be safe here after immigrating from war-torn countries.

“They were expecting they could walk on the streets safely but they don’t feel that way at all. It’s very sad that people have to feel that way in their own city.”