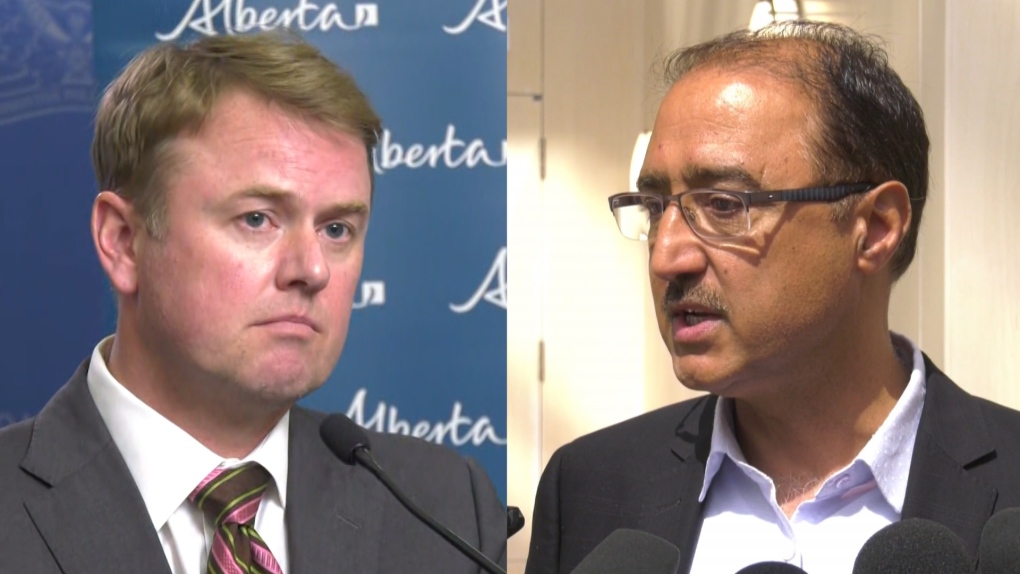 Mayor Amarjeet Sohi has two weeks to provide a new plan to the province, after the justice minister accused him on Thursday of “not providing or maintaining adequate and effective policing services.”

Tyler Shandro said he is concerned about a “sharp increase of violent crime in downtown Edmonton,” listing recent attacks at transit stations and “high level of public drug use” as specific problems.

“I have a responsibility under the Police Act to ensure the people of Edmonton receive the law enforcement protection they deserve,” Shandro said in a new release.

“I will require a public safety plan from you that will increase police response to this disorder and ensure members of the public can use Edmonton’s public transit safely,” he wrote in a letter to Sohi, which he then made public.

“Thank you for your interest in Edmonton, Minister Shandro,” Sohi responded, adding an offer to meet with him at the legislature on Thursday to talk about “houselessness, mental health, addictions and trauma.”

Last week, Edmonton Police Service Chief Dale McFee promised to rush more officers into the core by diverting resources from other areas of the city. Sohi later applauded that effort.

CTV News Edmonton has learned that the number of officers being moved is between 30 to 50.

The issue of police funding is a hot topic in the Alberta capital this month, with councillors set to vote Friday on a motion to freeze base funding for EPS at $385 million.

Politicians, police commission chair John McDougall and McFee have been publicly sparring over what a freeze would mean for the bottomline on police resources, with some claiming a $22-million cut could result from the new formula.

“EPS has received $22 million per year from photo radar revenue. If this were to stop, and council did not subsequently add that to the tax base, then there could be a cut,” Coun. Andrew Knack wrote in a blog post aimed at clearing up confusion.

“But to be clear, no one has suggested that at all so the idea that council is considering a cut to EPS’ funding is not accurate.”

The province provided statistics Thursday that show violent incidents in Edmonton rose 11 per cent from 2020 to 2021.

Sohi is expected to address this development in a Thursday afternoon media conference.