EDMONTON — Rexall has put time-delayed safes in its Alberta stores, hoping the technology mandated in B.C. ends an increase in opioid robberies.

The wait at Rexall pharmacies is going to be a little bit longer.

At a majority of the company’s stores in Edmonton and Calgary – and soon, across all of Alberta – drug safes do not immediately open with an access code.

Signs throughout the store inform staff, customers and would-be robbers of the change – and deter thieves from targeting the store, the company hopes.

“By changing that amount of time, hopefully that’s what’s mitigating or reducing any robberies.” 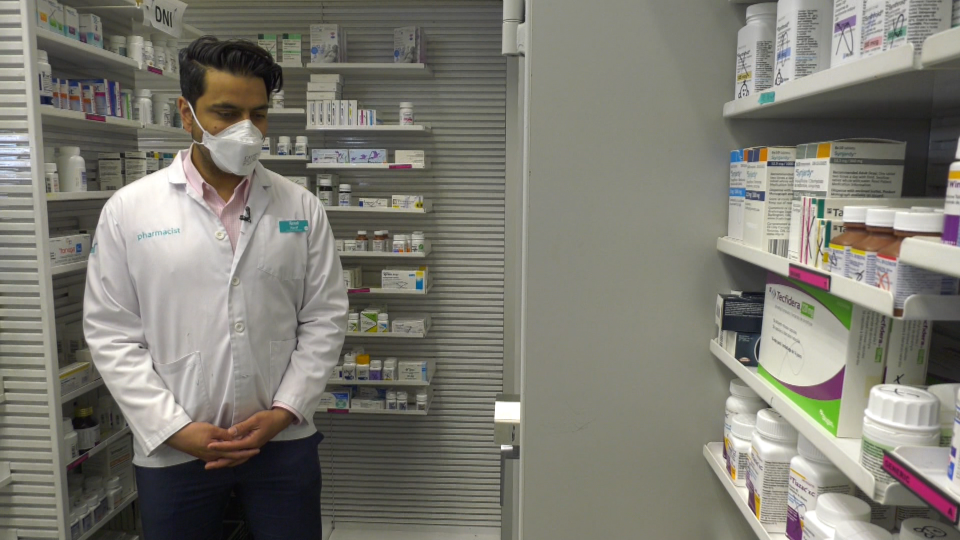 In his 16 years in the industry, Kanji said he’s never seen anything like the current spike in pharmacy robberies.

In the first four months of 2021, Rexall has counted about 15 thefts in Alberta – roughly three times the company saw in all of 2020. And Rexall only accounts for about five per cent of pharmacies in the province.

Kanji is unsure if the trend can be fully attributed to the pandemic, but noted a definitive change from previous years where less secure stores seemed to be targeted most.

“It could be as early as 10 o’clock in the morning or as late as 9 o’clock at night. Whether you have two employees in there, or three or four in the store,” he said.

“We’re not finding any rhyme or reason as to what’s going on.”

Edmonton police, too, have noted an uptick, responding to 18 pharmacy robberies in 2020 and more than two dozen so far in 2021.

Kanji added, “You’re talking to your teams almost weekly if not every week about protecting themselves, where it would almost become an inevitable event if you worked in a pharmacy.”

‘SHOOT HIM, SHOOT HIM’

He suggested the strategy has helped in other jurisdictions, like in B.C. where the technology was mandated by the College of Pharmacists several years ago. Staff Sgt. Mark Hilton, with the Edmonton Police Service, called Rexall’s implementation of time-delayed safes “proactive.”

Other pharmacies are taking moves to make stores safer, too.

Saddleback Pharmacy shared with CTV News Edmonton earlier in the week surveillance video of the moment two men entered its store in March, armed with a shot gun. 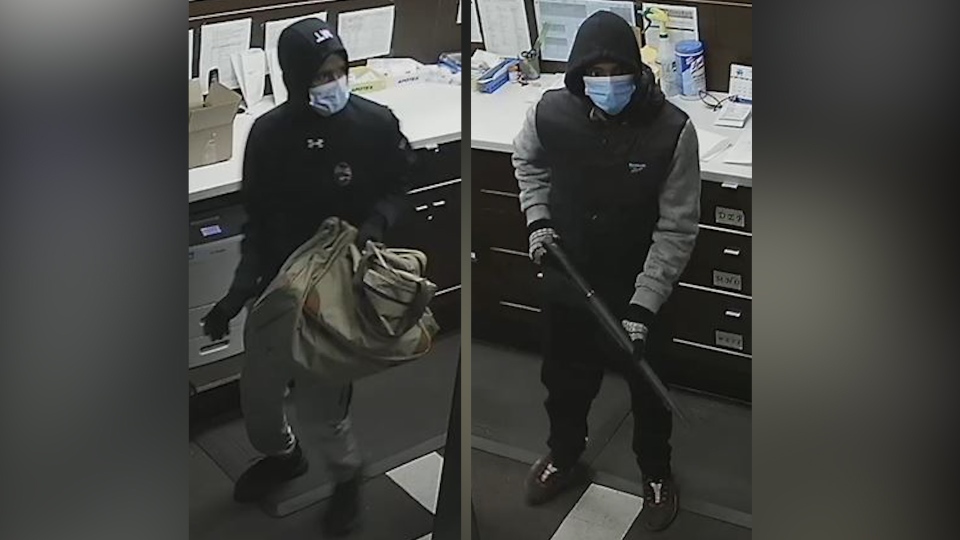 “He jumped over the counter from here… and he had a big shotgun and he put it in my chest,” co-owner Hatem Elnawawy recalled.

“The other guy yell(ed), ‘Shoot him, shoot him’ twice. The safe is in the back, I open it for them.” 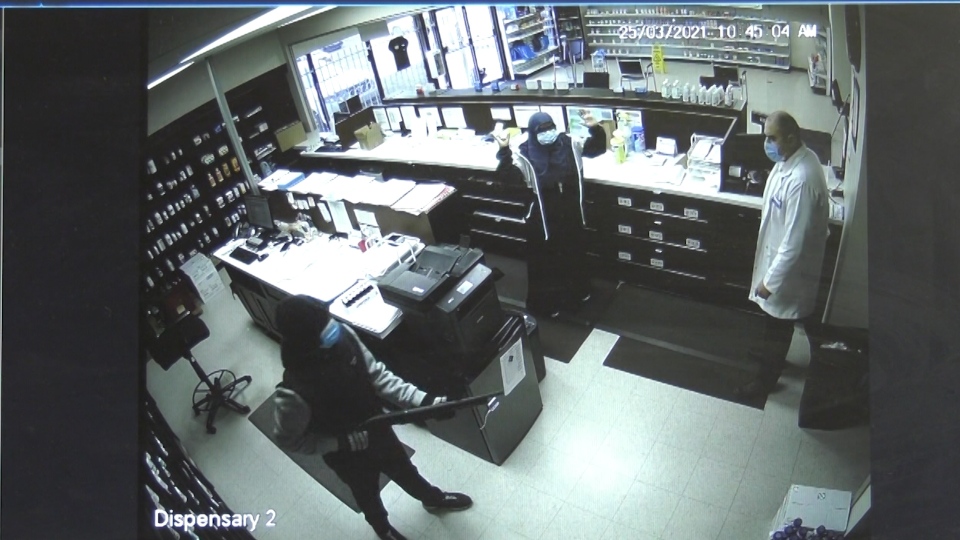 Elnawawy has since installed a lock and buzzer on his door – but said the pair looked practiced.