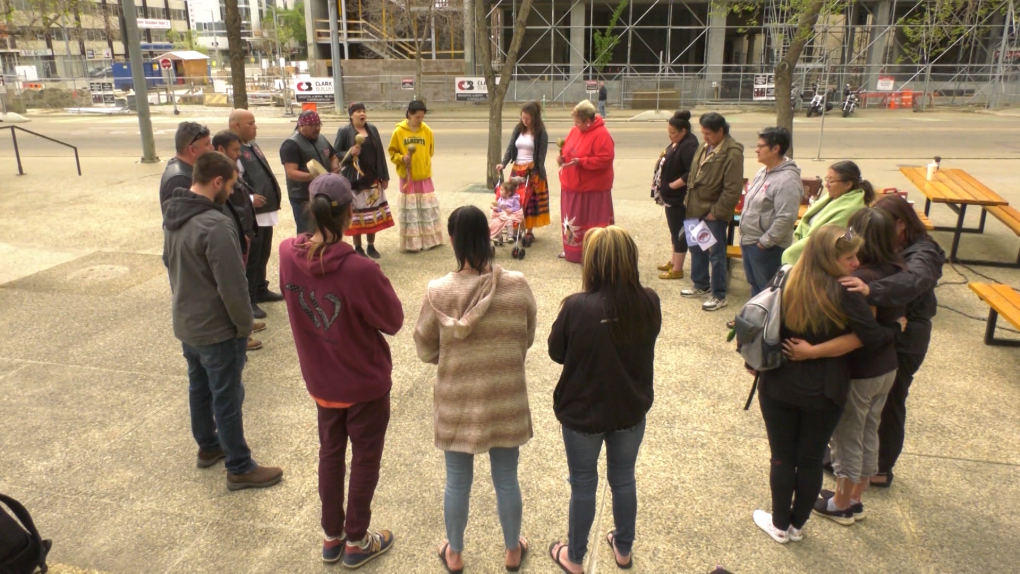 Friends, family and supporters of Jacob Sansom and Maurice Cardinal gathered outside the Edmonton law courts Friday to sing and pray for justice.

The two men were shot to death on a rural road near Glendon, northeast of Edmonton, in March 2020.

Roger and Anthony Bilodeau each face two counts of second-degree murder in relation to the deaths.

“We’re here to make a difference. There’s not a lot of people that stand up for the First Nations,” said John Giroux, with the Redrum Motorcycle Club. “We need to make sure that there’s a right justice and a proper justice for everybody of every colour.”

“We’re here to support the family because as Métis men, we know the risk we take every day leaving our house, it easily could have been me and my son,” added Harley Jamerson, another member of the motorcycle club.

Both men have pleaded not guilty in the case. Anthony admitted to the killings in court, but argued it was self-defence.

“Look at the evidence, see what’s there and find justice for this family that needs it, they really do need the justice for what’s been done to their kids, their husband,” said Giroux.

“The family needs to heal and if there’s no justice, there’s no healing.”

The prosecution and defence are set to give their closing arguments to the jury on Monday.