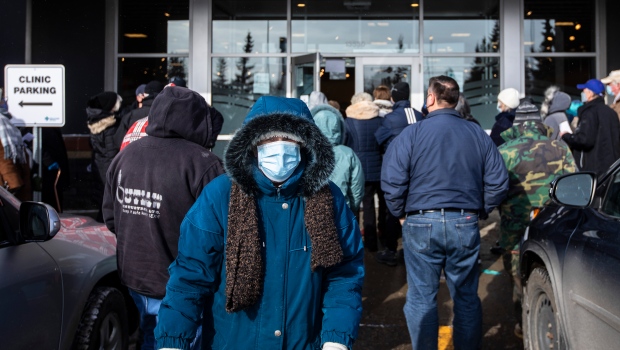 EDMONTON — Another 1,183 cases of COVID-19 have been reported in Alberta including 942 variant of concern cases.

In an update delivered Sunday on Twitter, Chief Medical Officer of Health Dr. Deena Hinshaw said 50.5 per cent of active cases in Alberta are variants of concern.

The province completed 14,861 tests to lower the positivity rate to 7.9 per cent after two days of it being above nine per cent.

Hospitalizations and ICU admission increased by 27 and six people from Saturday for a provincial total of 376 and 90, respectively.

One new death was reported since the last update, bringing the total deaths attributed to COVID-19 in Alberta to 2,013.

The province now has 14,293 active cases with the highest amount in the Calgary Zone. There were 6,600 cases in the Calgary Zone while the Edmonton Zone had 3,524 cases. The North and Central Zones reported 1,885 and 1,222 cases respectively.

The South Zone had 942 cases and there were 120 cases with an unknown zone of origin.

The Calgary Zone had 239 new active cases since Saturday while the Edmonton Zone increased its number of active cases by 204. Seventy new cases were reported in the North Zone and 98 in the Central Zone.

The South Zone was the only zone to see a decrease in its reported cases with 13 less cases.