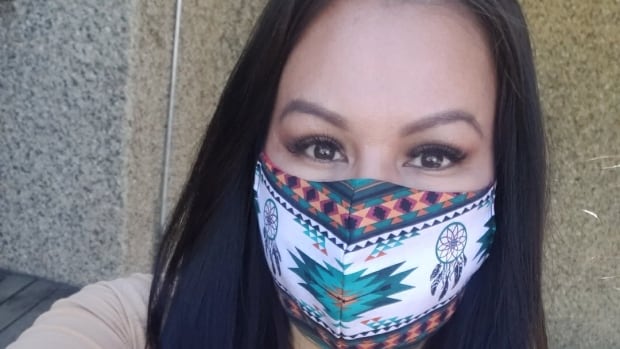 Under the First Nations Financial Transparency Act, bands must publish audited financial statements. In 2015, the Trudeau government stopped enforcing that requirement, promising to replace it with something better.

“Our people are doing everything that they can, jumping through hoops, to try to get the information and there is no help out there,” Greene told CBC News in a recent interview.

“Are [leaders] using their position for profit, personal gain and political gain? A lot of the time this financial information is not being released.”

In her own community, Greene said she has seen significant improvements since leading a protest in 2016 calling for a forensic audit over spending concerns by her former chief and council.

She praised the current leadership for work being done to improve rules around financial transparency and governance.

The process also opened her eyes to the extent of the problem across Canada.

The First Nations Financial Accountability and Transparency Movement launched on Facebook by Greene, with the guidance of other First Nations women in Alberta and Saskatchewan, has attracted 6,800 members.

Greene says existing options to force unwilling bands to open their books don’t work. Most members can’t afford to take their band to court and the complaint process through Indigenous Services Canada is long and demanding.

“It’s a complicated process that forces people to give up or not even try, even though it’s their democratic right,” Greene said.

“In the Northwest Territories, we have a member who’s been fighting for financial information for 15 years. But it’s not only there, it’s all across Canada from coast to coast.”

In July 2016, the federal government and Assembly of First Nations signed an agreement to establish a new fiscal relationship to address the socio-economic disparities between First Nations and the rest of Canada.

An auditor general dedicated to First Nations’ finances was proposed during consultations. Both Greene and the Canadian Taxpayers Federation (CTF) support the move.

“Nothing has happened on that front,” said Todd MacKay, CTF prairie director.

“None of the rest of us have to depend on our own pocketbooks and our own lawyers to hold our own leaders accountable. It is unfair and unethical to do that to Indigenous folks who are just standing up and asking for basic information that all the rest of us take for granted.”

Mackay said while most bands comply, his office still receives calls from Indigenous community members trying to get answers about their government.

Efforts can be risky given that the band office directly controls housing, social supports and many of the jobs in the community.

“If you put your hand up and say, ‘I’m not sure, but I think the chief might be using our money inappropriately’, you’re taking a huge risk, MacKay said.

Indigenous Services Canada says most First Nations meet all accountability requirements and prior to the pandemic, 90 per cent of bands posted financial statements. The current percentage was not available before deadline.

For bands without the capacity, funding is available and more money could be on the way, wrote Danielle Geary, spokesperson for Indigenous Services Canada.

This year’s budget proposed $104.8 million over two years to support the administration of First Nations governments.

“The department monitors complaints and allegations and works in collaboration with First Nations governments and their community members on supporting their financial governance and accountability,” Geary said.

Geary said Canada and First Nations are also exploring options and approaches for a mutual accountability framework, including a First Nations Auditor General, but did not provide timelines.

The Assembly of First Nations and two Alberta candidates running to be the next national chief did not respond to requests for comment.