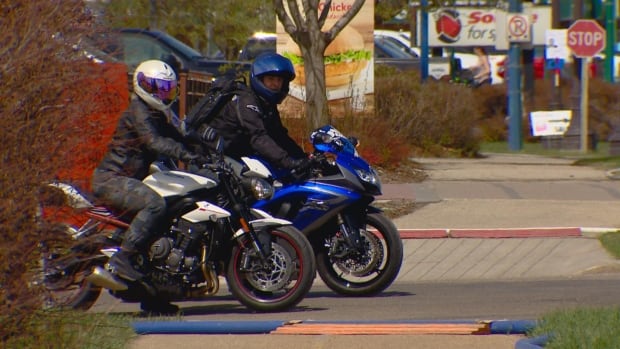 Edmonton police are turning their attention to roadways where lead-footed motorists are speeding on roads with less traffic than usual due to the COVID-19 pandemic.

Groat Road, the High Level Bridge and the stretch of 97th Avenue that stretches from the legislature tunnel to the river are among eight “hot spots” that will get extra attention from Edmonton police and peace officers.

A news conference to announce the changes happens at 10:30 a.m. MT. You can watch it live here.

“As a police service, we’ve seen it and messaged the public repeatedly about ongoing incidents of excessive speeding and traffic noise pollution,” Sgt. Kerry Bates, with the traffic safety unit, said in a news release Wednesday.

“We want citizens to know that we hear you, and we’re going to vigorously enforce these laws over the summer with the goal of ridding our streets of this emergent problem.”

The city laid out details of Project TENSOR, which stands for Traffic Enforcement Noise/Speed Offence Reduction.

The summer-long initiative is a partnership between the city,  provincial peace officers and the Edmonton Police Service.

It’s not unusual for traffic-related noise and speeding complaints to increase in the spring, but the issues are worse this year with less traffic on the streets. Public health restrictions caused a vast majority of businesses and public centres to be closed in an effort to help reduce the spread of COVID-19.

Between March 21 and May 19, police caught 154 drivers travelling 50 km/h or more above the speed limit. The fastest vehicle was doing 214 km/h in a 100 km/h speed zone, while another driver crossed the High Level Bridge at 156 km/h.

“Some drivers, however, continue to use our roadways as speedways due to lower traffic volumes associated with the COVOD-19 pandemic.”

The eight hot spots will be monitored for a full range of infractions, including speed, noise, stunting, helmet or general equipment violations, seatbelts, suspended drivers and Criminal Code offences, police said in the news release.

The eight areas are:

In addition, Project TENSOR will host a series of “Amnesty Testing Events” for motorcycle riders to ensure their bike meets noise exhaust standards.

The first will take place Thursday from 1 p.m. to 3 p.m. in the parking lot of the NAIT South Campus at 7110 Gateway Blvd.