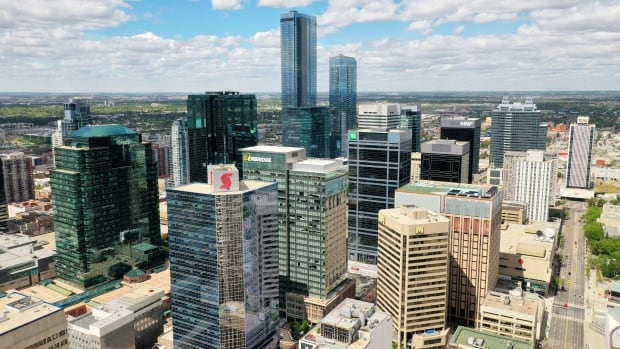 The City of Edmonton has launched a new pilot to help prevent and respond to drug poisonings in the city’s downtown core.

The new initiative comes as the city is tasked with coming up with a safety plan for transit and the city’s downtown core, due to an increase in crime and disorder.

The three teams are made up of a nurse and an outreach worker who rove around to connect with vulnerable people in the core. So far, feedback has been amazing, says the director of health services for Boyle Street, Marliss Taylor.

“The more we can move people sort of from a place of chaos to a place of stability, then it’s safer for that person and then I think down the road, … safer for everyone,” Taylor said in an interview on CBC Radio’s Radio Active.

The City of Edmonton, Downtown Business Association and Boyle Street Community Services have joined together to pilot a new program to help prevent and respond to drug poisonings in Edmonton.

The city is providing $195,000 for the program, which is funded through the city’s downtown vibrancy strategy. In September of this year, the pilot will be evaluated and a decision on an extension will be made.

Taylor thinks the program has been invaluable so far.

“The teams that are out there are not the police, and they’re not meant to really be moving people out,” Taylor said.

“What they’re doing is just connecting with people, seeing what they may need. What we’ve found is that there’s a lot of people who actually are new to the city even that don’t know where to go or who to talk to or what to do.”

While the program’s main focus is responding to drug poisonings, it also aims to:

“We all want the same thing downtown,” Taylor said. “We all want everyone to feel as safe and healthy as possible.”

Taylor said she thinks businesses understand the complexity of the issues, and that just moving people along doesn’t solve the issue.

Taylor said that partnering with the Downtown Business Association (DBA) was a great way to get the program off the ground. The DBA’s executive director, Puneeta McBryan, agreed.

The DBA’s job was getting property owners on board and collaborating with businesses and the city for the funding.

“I think we as a community and we as a business community have come a long way in our understanding of what real solutions to our safety and so-called social disorder actually look like,” McBryan said.

“I think we’ve come a long way from thinking that just police enforcement is an answer here. I think we recognize that just displacing folks isn’t an answer.”

“I just think we’re long past looking for convenient, easy, ideologically simple solutions to this stuff. I think the whole community has recognized these people are our neighbours,” she said.

“I’m very excited for the pilot, I think it’s an opportunity to get out and deploy resources in the community in a way that they haven’t been necessarily before and really try to make a difference on an individual and personal level,” he said in an interview.