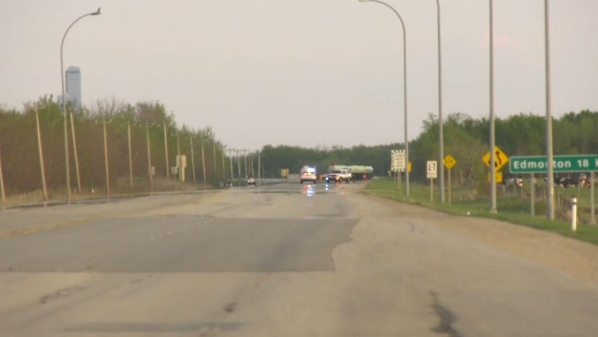 A head-on collision in Sturgeon County involving a motorcyclist and an SUV is under investigation, with police saying that impairment is believed to be a factor.

Mounties and Military Police responded around 6:10 p.m. Monday to the crash on Highway 28 near Township Road 544 or Sturgeon Road, just west of Canadian Forces Base Edmonton.

According to police, a northbound SUV was making a U-turn when it collided with a northbound motorcycle. The driver of the motorbike was taken to hospital with life-threatening injuries.

“At this time the RCMP remain on scene, while traffic is being diverted east and west along Township Road 544, and south of the collision at the Anthony Henday,” Mounties said in a statement.

Lambert added that police expect the highway to remain closed for several hours.

No further information was available.