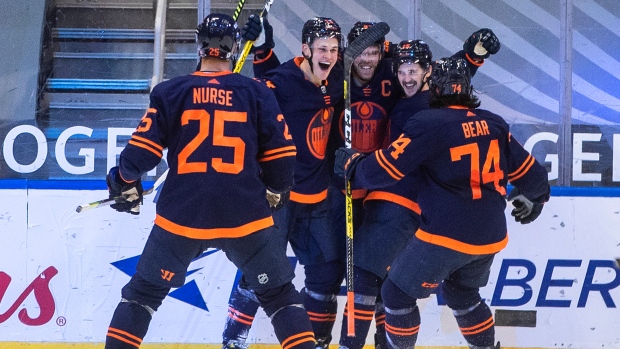 EDMONTON — Connor McDavid scored the winner late in the third period as the Edmonton Oilers defeated the Montreal Canadiens 4-1 in a physical affair Monday.

Jesse Puljujarvi, with a goal and an assist, Ethan Bear and Devin Shore also scored for Edmonton (27-15-2), while Mike Smith made 22 saves. McDavid also had two assists for a three-point night for the Oilers, who trailed 1-0 with less than 10 minutes to play in regulation.

Eric Staal replied for Montreal (19-15-9), which got 25 saves from Jake Allen after he replaced Carey Price to start the second period. Price, who stopped seven shots in the opening 20 minutes, didn’t come out after the intermission.

The Oilers stretched their home winning streak to eight games, and improved to 2-3-1 against Montreal in 2021.

The Oilers moved to within one point of the Winnipeg Jets for second place in the North Division with a game in hand.