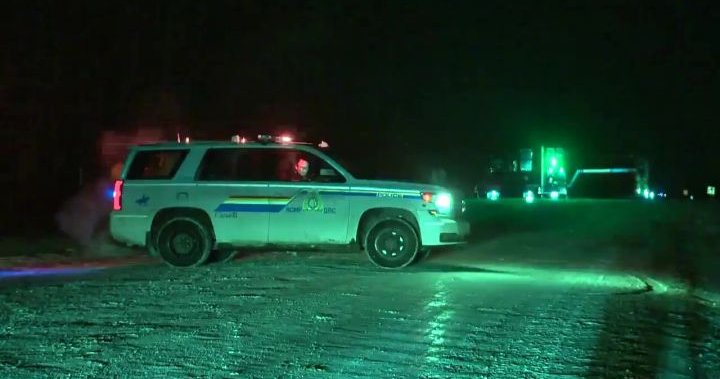 Leduc RCMP said an investigation is underway after a deadly crash occurred at the intersection of Highway 814 and Township Road 490 on Friday night.

Officers responded to the two-vehicle collision at about 6:40 p.m., police said in a news release.

The RCMP did not say how many people died or if anybody else was injured. Firefighters and a STARS Air Ambulance crew were dispatched to the scene, in addition to police.

Shortly after 8:30 p.m., police said roadways near the crash site remained blocked off and drivers were being asked to avoid the area.

Police did not say when traffic was expected to return to normal in the area.