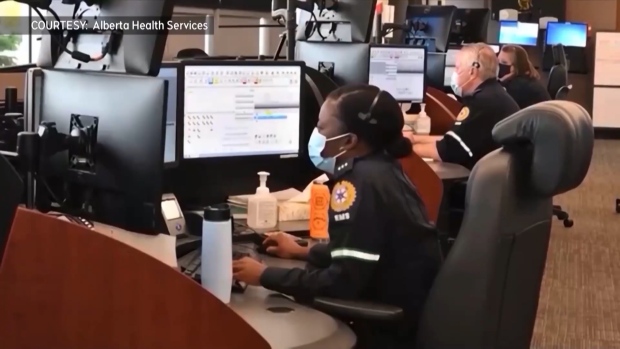 EDMONTON — An Edmonton judge has granted an interim injunction that forces a northern Alberta municipality to revert to using a newly centralized emergency dispatch system.

“For now, the Municipal District of Wood Buffalo must take whatever steps are required to reestablish the links to Alberta Health Services (AHS) and forward all calls received to a central dispatch and refrain from undermining the implementation of the centralization plan,” said Judge Davidson in his decision at Court of Queen’s Bench on Friday.

The ruling was a win for Alberta Health and AHS lawyers who argued the actions of RMWB council were unlawful and a violation of the Emergency Health Services Act.

LawyerShalee Kushnerick, representing AHS, said that by detaching itself from the central dispatch service, the RMWB created a risk to patient safety and eroded public trust.

“They can dispatch locally. But what if they need assistance from neighbouring communities?” asked Kushnerick, who also said the move complicates RMWB’s ability to perform hospital transfers, in part because it is disconnected from AHS systems and software.

“And it’s for those reasons, the nature of the harm caused by the municipality to AHS cannot be cured without injunction relief,” Kushnerick said.

Last summer AHS announced it would end local dispatch of Emergency Medical Services in four Alberta municipalities, including RMWB, to consolidate them into a central dispatch system.

Since then, RMWB elected officials publicly expressed concerns that the changes, which took affect three weeks ago, would negatively impact resident health care.

On Tuesday night, council members voted to return to a localized dispatch system, wherein calls to a Public Service Access Point are transferred to an EMS dispatcher in Wood Buffalo. The RMWB switched back to that method on Thursday.

The same day, AHS and Minister of Health Tyler Shandro filed an application for an injunction. In a statement, AHS said the step was taken to “ensure ambulances continue to be dispatched appropriately.”

Submitting on behalf of RMWB, lawyer Chris Davis argued that the recent transition has caused harm to a service the municipality had been operating locally since 1979.

“It’s our view that the province doesn’t have a lock on what constitutes a dispatch centre,” said Davis.

Asked by Judge Davidson why RMWB took the action with little notice, Davis replied that council members “felt that they had no choice” and that delays already experienced since transferring to the new dispatch system “have jeopardized patient safety.”

The interim injunction will remain in effect until an application for a permanent injunction can be heard by the court in March.

This is a breaking news story. There will be more details to come…