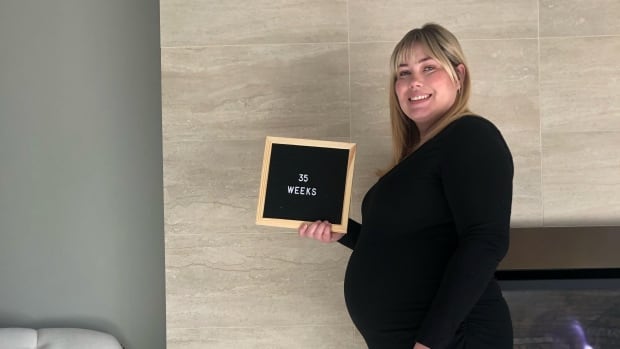 Kristina Melia, 39, is pregnant, her first baby due in May. And though this fills her with joy, she has not forgotten the struggles it took to get here.

Melia and her husband decided in 2018 to have children but soon realized they were not able to do so. After three years of consultations, blood tests and injections for in-vitro fertilization treatments, she was finally able to conceive.

According to Fertility Canada, one in six couples experience infertility, a number that has doubled since the 1980s.

The subject, however, is still considered taboo, Melia says, which is why she wants to share her experience at an upcoming online event for Infertility Awareness Week, which runs April 18 to 24.

“It’s really to help reduce the shame and normalize the topic, because there’s people out there that probably do need support and don’t know where to find it,” Melia said.

The event is organized by Pacific Centre for Reproductive Medicine, a group of fertility clinics across Canada, and Whole Family Health, an Edmonton clinic specializing in acupuncture, nutrition and massage.

Centre co-director Dr. Caitlin Dunne said awareness about infertility is important as many couples who come to her often do so after trying for years to conceive.

“Oftentimes women bear the brunt of feeling responsible or inadequate and they don’t talk about it because of those reasons,” Dunne said.

The COVID-19 pandemic has only magnified the problem, she said.

“Now you have a forced sort of social isolation and then within yourself you are feeling quite isolated so I think mental health issues are definitely compounded,” she said.

27% rise in demand for services

Family planning in general saw a rise during the pandemic, Dunne said.

Over the past year the centre has seen a 27 per cent increase in the demand for its services across all locations.

“Being home together has made people realize that they really want a family. And now they have time, I think, to pursue that,” she said.

“They’ve recognized that things can happen in life. The pandemic has been really serious for a lot of people and family is the most important thing for so many patients that I see, so it’s largely an emotional driver.”

For patients like Melia, the pandemic posed a huge problem. Melia was still going through in-vitro treatments when clinics shut down in March 2020.

“It was just kind of a very uncertain time which added to the stress that you already encounter when you’re going through IVF,” she said.

When the clinics opened in May, she resumed treatments and by September was successful.

The free event takes place at 2 p.m. Sunday and is open to the public.