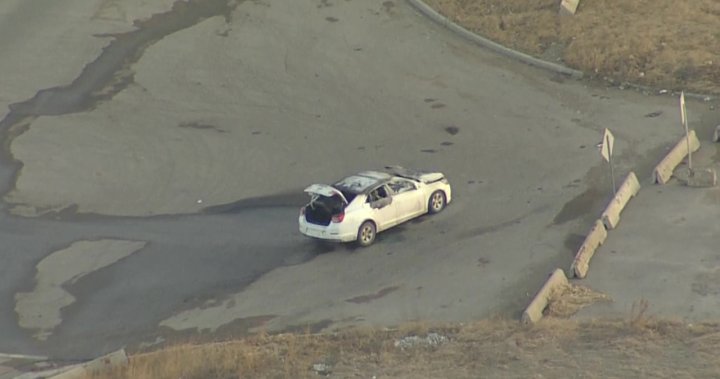 Morinville RCMP were called to a report of a suspicious death where human remains were found in a burnt vehicle in Sturgeon County just after midnight Tuesday.

“The death has been deemed suspicious and the Alberta RCMP Major Crimes Unit is now investigating with the assistance from the RCMP Forensic Identification Unit, the Morinville RCMP General Investigation Section and the Office of the Fire Investigator,” RCMP said in a news release.

The cause of death has not yet been determined.

An autopsy will be conducted later this week.

The RCMP is asking anyone who was in the area of 66 Street between Anthony Henday Drive and Valour Avenue on Monday, April 5 between 10 p.m. and 11 p.m., to contact the Morinville RCMP at 780-939-4520 or your local police.

Investigators would also like to see any dash cam footage.