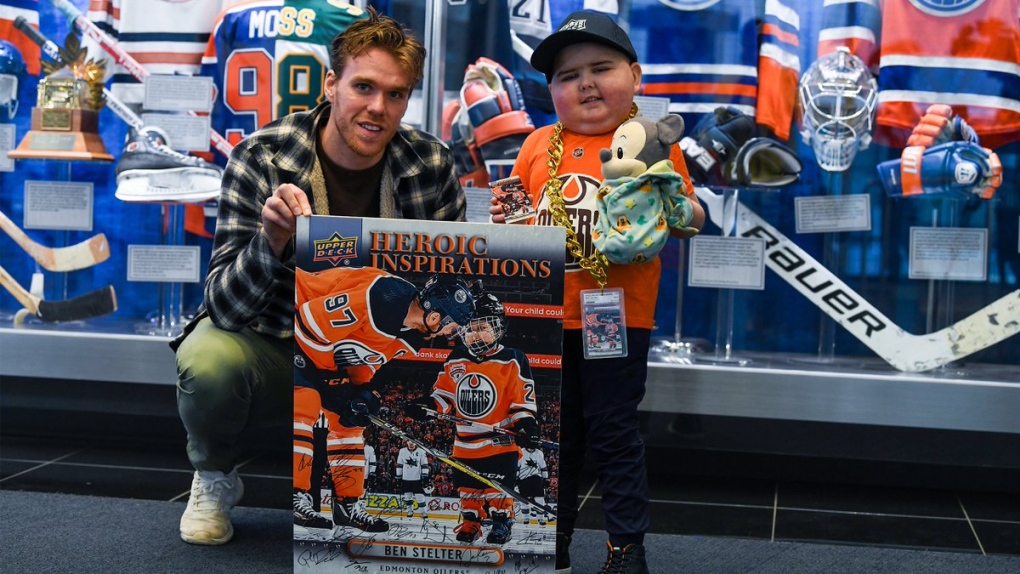 He is undergoing treatment for glioblastoma, a type of brain cancer. Throughout the season, Oilers fans have cheered him on as loudly as they have their favourite team.

That support didn’t waver on Thursday: At Rogers Place in Edmonton, where some 16,000 fans watched the Oilers take on the Flames for the fifth time in Calgary, the crowd sang “Happy Birthday” to Ben.

“You guys are the best! Thank you!!” he wrote on Twitter.

The Oilers’ fans weren’t the only people to wish Ben a happy birthday. Following their 5-4 victory over Calgary, which secured Edmonton’s spot in the next round of playoffs, the Oilers posted a message to Ben from No. 29 Leon Draisaitl.

“Hi, buddy. It’s Leon here, one of your good friends,” Draisaitl started. “Happy birthday, Ben. We love you. We know you’re cheering for us. We’re excited to see you in round three.”

With a pass to Connor McDavid to score the winning point in overtime, Draisaitl recorded his fifth consecutive three-point game of the 2022 playoffs Thursday night. Only three players in NHL history posted a longer streak of point games than the centre player, including Jari Kurri, Bobby Orr, and Wayne Gretzky — none of whom did so during playoff play.

The Oilers are moving on to Round 3 having finished the series against Calgary 4-1.