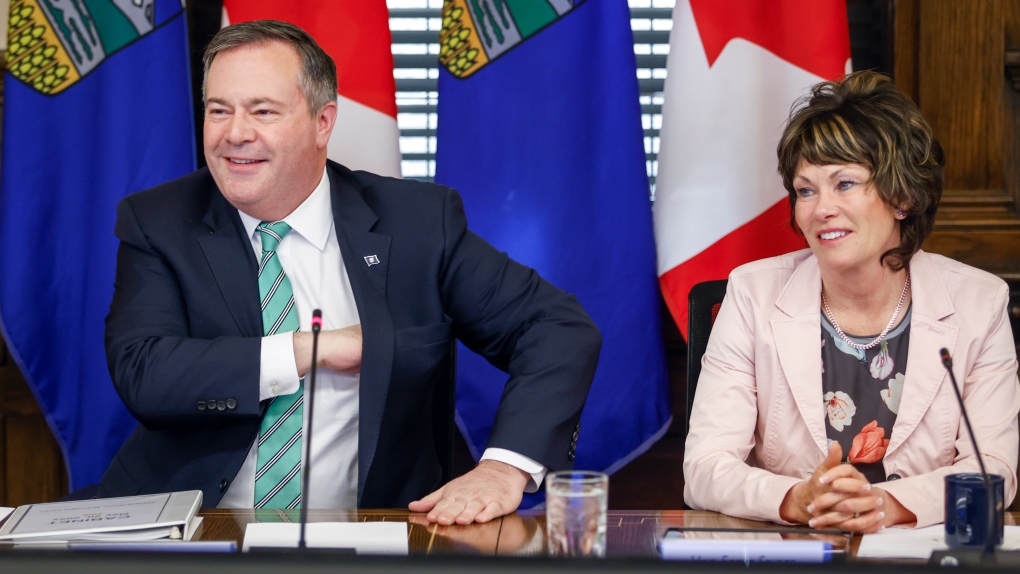 Nearly three months after Jason Kenney committed to electricity rebates for Albertans, the government is taking heat from the NDP for not paying up yet.

Last week, MLAs were sent home early from the spring sitting of the legislature without the UCP giving a clear timeline on when the $150 dollar promise would be credited to customers.

“This program will offer nearly $300 million in relief to two million households, farms and small businesses.”

The Opposition has been grilling the government almost daily to get the rebates done.

“I am calling on the UCP to demonstrate some transparency and give Albertans a date about when they can expect to see their rebates,” NDP Energy Critic Kathleen Ganley said.

Ganley is also calling on the province to clarify the plan for natural gas rebates. In budget 2022, Alberta promised help this upcoming winter if rates exceeded 6.50 per Gigajoule.

On Thursday, the government house leader blamed the NDP.

“As for when rebates come into place, it was delayed by a long drawn out process by the opposition on that bill, something I was disappointed by,” UCP MLA Jason Nixon told reporters.

“If you want to pass a bill through the house quickly, it’s extremely easy. You talk to the opposition party about the bill,” Ganley fired back.

A Canadian economist is skeptical that the province ever intended to rebate Albertans.

“I think the plan was to hope by spring, summer, this problem would have gone away, and they could have said, ‘Well, we were ready to, but now we just don’t need to,’” said Moshe Lander with Concordia University in Montreal.

With Kenney leaving as UCP leader and premier, Lander expects the rebates to become a campaign issue.

“You are going to have leadership candidates who will start throwing hats into the ring saying, ‘I want to be your next premier.’ It might be Jason Kenney’s last act, or it might be someone’s first act on the way in to buy a little political favour,” Lander said.

GAS TAX UPDATE AND A REBATE FOR SENIORS?

Despite the delays, Kenney continues to suggest that additional help could be on the way if utility costs continue to climb.

On his weekly radio show, the premier said he is considering alternative, short-term measures, to help seniors.

“We are considering some other short term measures to support seniors, because as you know, we did this pause on provincial fuel tax but many seniors don’t drive,” Kenney said on Saturday.

That development comes a month before Alberta’s fuel tax break is set to expire. The province stopped collecting 13 cents on every litre of gas in March, but that is set to expire on June 30.

“We are going to look at the environment. We know affordability is an issue right now for Albertans, for all Canadians, so there is a possibility of extending that. And of course, we are talking about rebates as well,” said Transportation Minister Rajan Sawhney.

A spokesperson for Alberta’s finance minister explained that the quarterly decision is based on current crude prices and a call on a gas tax extension won’t be made until June 15.

“Based on where prices have been since the middle of May, it is likely that the full fuel tax rate pause will again be implemented for the quarter starting July 1,” Press Secretary Kassandra Kitz told CTV News Edmonton.

Western Canadian Select, a local oil benchmark, was trading at $99.99 on Monday.