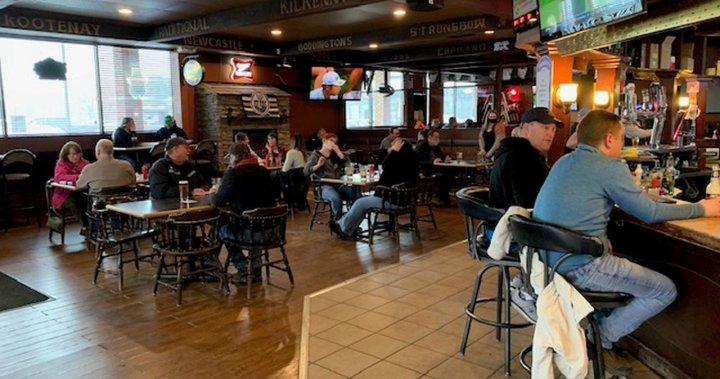 The Crown and Anchor Pub and Grill was closed Sunday, just one day after remaining open despite orders requiring the closure of dine-in service in Alberta.

In a letter posted on restaurant’s Facebook page, owners Theresa and Terry Shaw said they made the decision to close after receiving threats online and through phone calls.

“We feel the decision to close is the safest and wisest move for our staff, business and property because having that one per cent of the people that did not [want] us by threatening us verbally or on social media,” the statement read.

On Saturday, the Shaws said they were defying health orders and remaining open for dine-in service to support staff and customers.

It is the third time since last March that Alberta restaurants have been forced to close their doors.

The Shaws said they complied with the restrictions on the previous two occasions but do not agree with the measures announced last week.

“The government in its illustrious reasoning has decided to close us in more ways than you can imagine by threatening to pull licenses and forcing us to fight while being closed to get them back,” the owner’s statement read.

A number of other restaurants and pubs around Alberta have defied provincial restrictions and remained opened for in-person dining.

Premier Jason Kenney has said Alberta is on track to have 2,000 new infections a day and 1,000 people in hospital with COVID-19 by the end of April and the third wave is being driven by variants.