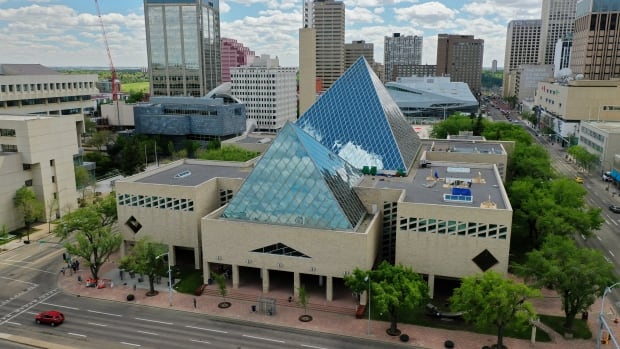 Edmonton city council will reconsider the timeline of its mask mandate Friday following a failed effort to align with the province.

Alberta will remove requirements for face coverings to be worn in indoor public places when it moves to Stage 3 on July 1. The province announced Tuesday that masks will still be required in continuing care and acute care as well as taxis, ride-sharing, and public transit.

Edmonton city council looked at a proposed amendment to its mask bylaw that same day to bring it in line with the provincial reopening plan.

First and second readings narrowly passed 7-6. But third reading, which requires unanimous approval to pass during the same session, failed when Coun. Aaron Paquette was the sole vote against.

The Ward 4 councillor said the province would have found itself in better shape multiple times throughout the pandemic if it had “held the course.”

“We wouldn’t be having this conversation today,” he said before the vote. “And so to avoid future conversations where we all furrow our brows and wonder how this happened, let’s just hold the line.”

Third reading was initially moved to the next council meeting on July 5 — four days after Stage 3 begins — but council passed a motion to bring it forward to a special meeting on Friday.

“We should have clarity one way or the other — votes can change,” Mayor Don Iveson said in a news conference after council on Tuesday.

“I suspect that councillors will be hearing from their constituents one way or the other based on their votes today.”

Iveson, who opposed the amendment in its first two readings, said a vote failing in third reading is rare but not unheard of.

“The purpose of delaying third reading at times is to allow for sober second thought.”

Alignment with the province was recommended by administration, which also offered three alternatives: a complete repeal of the bylaw, deactivation two weeks after 50 per cent of eligible Edmonton zone residents are fully vaccinated, or else no change — meaning the mandate would remain in effect until its expiry on December 31.

Numbers provided by administration during a presentation Tuesday showed Edmonton zone vaccination rates as of June 20 were similar to the province: 72.9 per cent of those eligible had received at least a first dose with 29.5 per cent fully vaccinated.

If not repealed, administration’s proposed amendments would keep the bylaw on the books. Face covering requirements would automatically reactivate should Alberta backslide to a previous stage of its reopening plan or if the chief medical officer of health issues a masking order.

Protocols around mask-wearing in city facilities are still being worked out, City Manager Andre Corbould told council. He said there is an intention to continue requiring face coverings in some places.

A group of Edmonton doctors sent a letter to Iveson and Calgary Mayor Naheed Nenshi earlier this month advising the municipalities to keep the face-covering bylaws in place until 70 per cent of their respective city populations have been fully inoculated.

Calgary’s city council voted Monday to reevaluate its own mask mandate on July 5, based on metrics like how many second doses have been administered and the rate of infection.