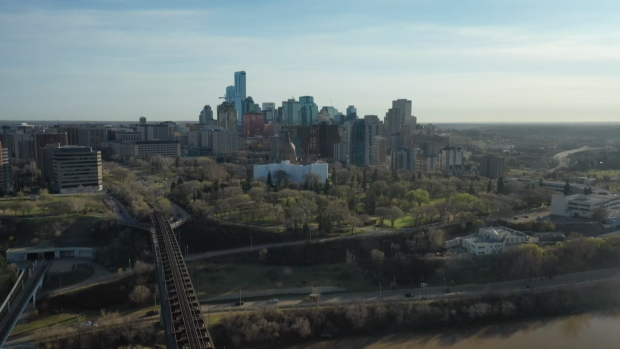 EDMONTON — Edmonton has cracked the Top 50 list for tech talent and sector growth in North America for the first time.

The city is rated 38th overall for its ability to attract, retain, and grow technology industry professionals, according to real estate organization CBRE’s Scoring Tech Talent report released on Tuesday.

CBRE says Edmonton’s tech occupations grew by more than 50 per cent in the last five years, the largest increase in all of the 50 markets rated by the organization.

Computer support, database and systems-related occupations in the city saw the largest growth over the past five years. CBRE said those fields saw a 22.3 per cent growth while tech engineering-related positions saw an 11.9 per cent growth.

Eight Canadian cities were on the list, including Calgary at 28 and Quebec City at 34. Toronto was the only Canadian city in the Top 5.

“North American tech-talent employment weathered the pandemic better than most other professions due to demand for tech to facilitate continued remote work, robust e-commerce growth and streaming services,” CBRE said in a press release. “This resilience is setting the stage for strong tech job growth amid the economic recovery.”

“Big tech markets will gain from their established pipelines of tech graduates and many workers’ return to city centers,” said Todd Husak, CBRE’s managing director for tech and media, in a statement.

“Smaller markets will reap benefits from their cost advantages in labor and real estate as well as the tech industry’s embrace of remote work for certain employees.”