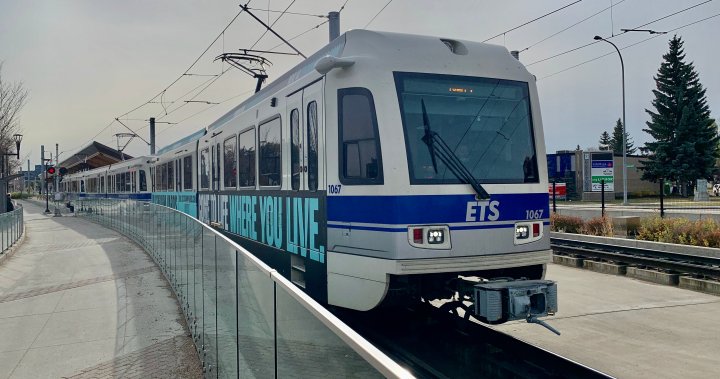 Free Transit Edmonton members dropped off a petition with 1,400 signatures at city hall as the city’s executive council was meeting Monday to debate a motion on a planned increase to adult cash fares from $3.50 to $3.75, which would take effect on May 1.

“Folks might say it’s only 25 cents but that amount can be really significant for the average bus rider,” Free Transit Edmonton organizer Paige Gorsak said. “We know our transit system is used by a lot of low-income Edmontonians, by folks who are currently unemployed, who are under employed and folks who don’t have a vehicle.”

Gorsak said the increase would result in Edmonton having the highest public transit cash fare for adults in Canada.

When the COVID-19 pandemic began in March 2020, the city provided free public transit, but the city said the free service was costing Edmonton around $10 million per month.

The report showed that in 2015, about nine per cent of Edmontonians used public transit for daily trips, 13 per cent walked or biked and 78 per cent used their vehicle.

The city’s goal in planning for a potential growth in population to two million people in Edmonton over the next 50 years is to reduce the number of private vehicle trips to 50 per cent.

Gorsak said she has raised her concerns with city councillors previously and the response she has received is a public transit fare increase is necessary to offset the cost of a challenging budget.

“We see that as off-loading those budget struggles to everyday people, folks who are just trying to go where they need to go, folks who deserve that dignity and that access to mobility in our city, so we don’t feel it’s a fair tradeoff,” she said.

Free Transit Edmonton said it will continue to collect signatures until next Monday when city council will debate the spring budget adjustment.

The city’s current plan would have the fare increased again in 2022 to $4.