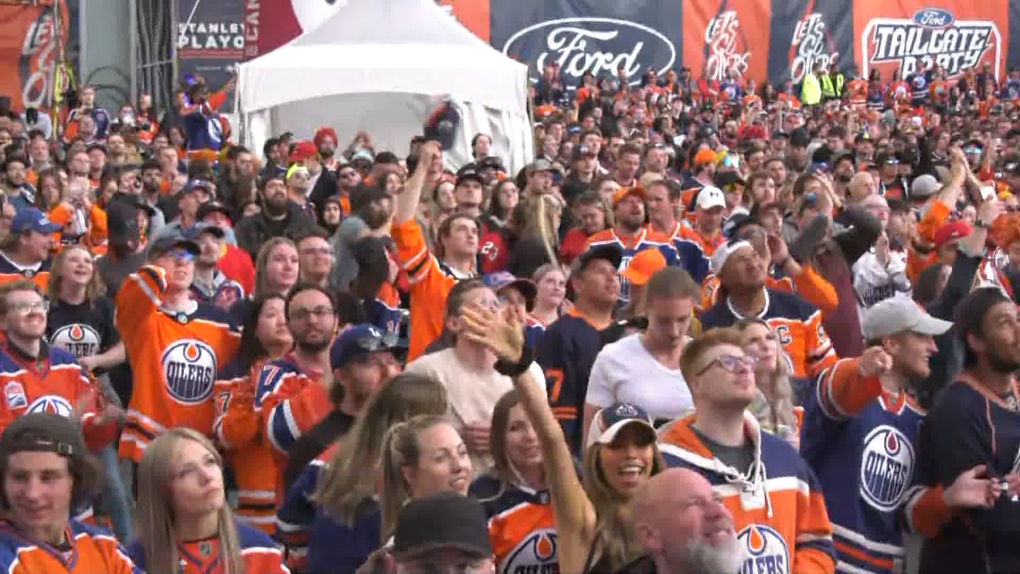 As the Oilers prepare for Game 4 against the Calgary Flames, excitement is building for fans in the capital region.

The Oilers beat the Flames 4-1 on Sunday, with Evander Kane getting a natural hat trick, the first time an Oilers player has done that since 1991.

Oilers Entertainment Group president Stew MacDonald said that Sunday’s game at Rogers Place was the loudest ever, and had an impact on the Oilers performance.

“There’s absolutely no question about that. And our big conversation in the building Sunday was, ‘Has this reached or even eclipsed when we were in Rexall Place in 2006?’ And that was sort of the high watermark for all of us,” he said.

A ‘Let’s Go Oilers!’ community rally is being hosted from noon to 1 p.m. by the city in Churchill Square. Two pairs of tickets to Tuesday night’s game will be given away.

The rally will include the mayor and councillors, Oilers alumni, Hunter the Lynx, and the Orange and Blue Ice Crew.

Sunday night’s game included appearances from Raffi Torres, who was part of the Oilers’ 2006 Stanley Cup run, and Mike Krushelyski, who won three Stanley Cups with the Oilers during the dynasty years.

“We are looking to add a little bit of elements of excitement… something special that may be unexpected in the game.”

There are a limited number of Rogers Place concourse tickets for Game 4. Fans can also watch the game for free at Ice District, which opens at 5:30 p.m.