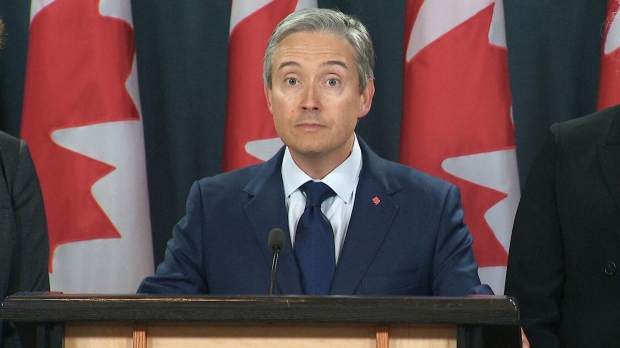 TORONTO — Foreign Affairs Minister Francois-Philippe Champagne clarified that 57 Canadians were killed in the Ukraine Airlines plane crash in Iran earlier this week, not 63 as previously reported.

The new number is the result of “the most recent information we have received” based on birthdates and travel documents, Champagne said Friday.

He said the situation has been “very fluid” from the beginning.

All 176 people on board the plane were killed after it crashed in a field outside Tehran shortly after takeoff. Prime Minister Justin Trudeau said Thursday that intelligence indicates that a land-to-air missile struck the plane, but that the strike may have been accidental.

Iran, which is leading the investigation into the crash, has said it will allow Canadian officials to visit the crash site.

This is a breaking news alert. More to come.