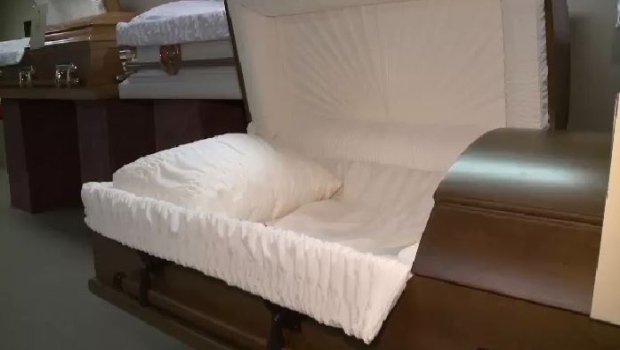 EDMONTON — The Alberta Funeral Service Association says it has managed to keep morgues from reaching capacity with the growing number of COVID-19 fatalities – for now.

Exactly 1,046 Albertans have died from the disease since the first case was detected in the province in March.

“Probably busier than we’d ever want to be at this point but this is what we do – we look after these families.”

Watching systems be overrun in other cities in the world, the president of the Alberta Funeral Service Association said it vowed to “do everything we possibly can to prevent that from happening here.”

According to Tyler Weber, the association worked with Alberta Health and the government on a plan he says has so far helped prevent hospital morgues from running out of capacity.

The action included speeding up paperwork and body retrieval processes.

“When we receive a call from the hospital that we’re able to respond immediately and if we’re not able to, to make arrangements with maybe another funeral home,” he explained.

Alberta has roughly 1,600 spaces to store bodies at funeral homes, while its agency Alberta Health Services has only 300.

Some of those spaces were newly made last year by Park Memorial Funeral Home – and are spaces Smolyk says have become integral.

“Thank goodness we have it because we need it.”

Hospitalizations have remained high, with 921 Albertans in hospital as of Dec. 31 with the disease, 152 of whom were receiving intensive care.

Weber commented, “Do I think we will ever get to the point where we need to use refrigerated trucks? Well we very easily could if we don’t all do our part.”