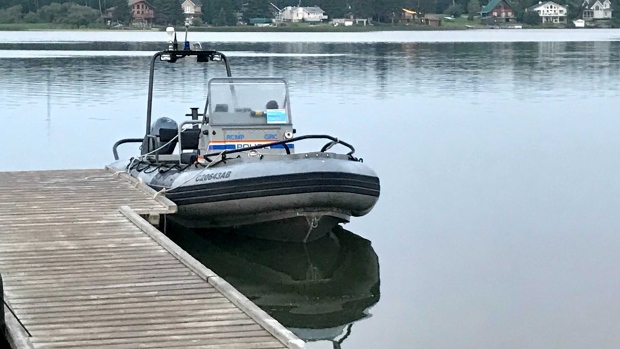 EDMONTON — The body of a 49-year-old man in a central Alberta lake was recovered Thursday.

The man was trying to rescue his child when he disappeared underwater at Wizard Lake, approximately 70 kilometers southwest of Edmonton, just before 7:30 p.m. on Wednesday, RCMP said.

The child was rescued by the man, according to police.

“There were two or three boats dredging the water, so we figured that there was something bad,” said Ogden. “Unfortunately (he) saved one life, but not his own.”

Prior to Wednesday evening’s incident, Alberta RCMP say they have responded to 14 drownings so far in 2021.

Police say the recent hot weather has Albertans flocking to lakes and rivers to enjoy recreational water activities such as tubing, paddle boarding, and swimming.

The Lifesaving Society, an organization that works to prevent drowning and water-related injuries, says the province has seen twice as many drownings compared to this time last year.

The number of drownings in 2020 were also up by 50 per cent compared to 2019. Experts from the Lifesaving Society in Alberta say those numbers could be a consequence of the COIVD-19 pandemic, as people gravitated toward unsupervised natural areas to swim while public pools were closed.

RCMP say open water is very different than swimming in a pool as distance can be deceiving, and you often must contend with cold water, waves, currents, and other unpredictable conditions.