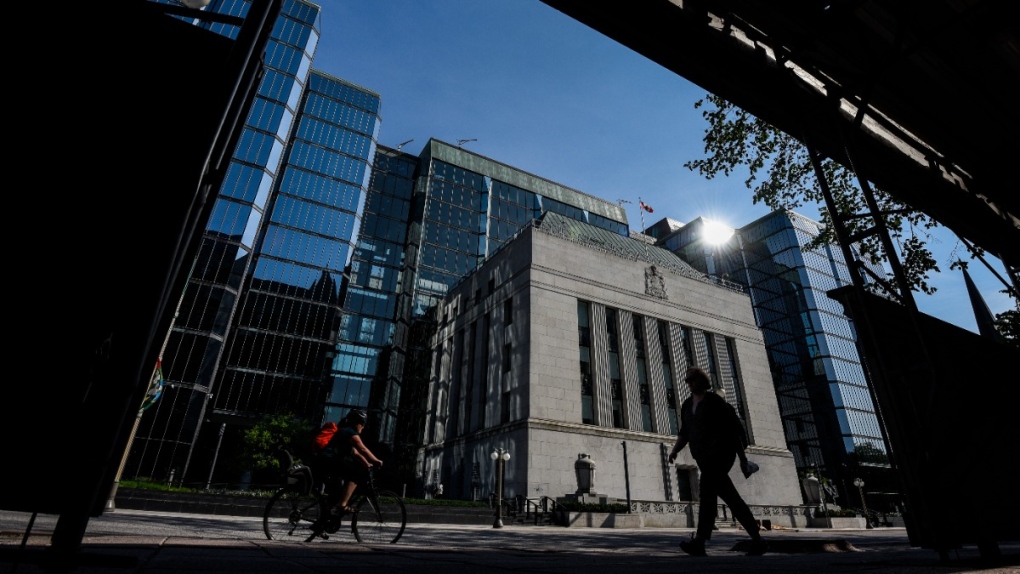 The Bank of Canada will make its latest interest rate decision this morning as it tries to put the brakes on runaway inflation.

The central bank raised its key interest rate half a percentage point in April to one per cent — the biggest hike in 22 years, and one that followed a quarter-percentage-point bump in March.

Economists are expecting the Bank of Canada to hike its key interest rate by another half-percentage point to 1.5 per cent today.

The Bank of Canada makes changes to its trendsetting interest rate in an effort to control inflation with a target of two per cent.

According to Statistics Canada, the annual pace of inflation rose to 6.8 per cent in April, the fastest year-over-year rise in more than three decades.

The soaring cost of consumer goods from gasoline to groceries has experts speculating that further interest rate hikes are on the horizon this year.