A student at Holy Trinity School was hospitalized on Tuesday after an assault inside the school.

The victim was taken to hospital with non-life-threatening injuries.

According to a letter obtained by CTV News Edmonton that was sent home to parents, the assault happened at 11:25 a.m., and the victim was a student.

The letter goes on to say that the school was placed in alert for 30 minutes, and doors were locked so that no one could go in or out of the building.

Police have confirmed that the accused and the victim are known to each other. They also said no weapons were used during the assault.

View the full letter sent to parents below. 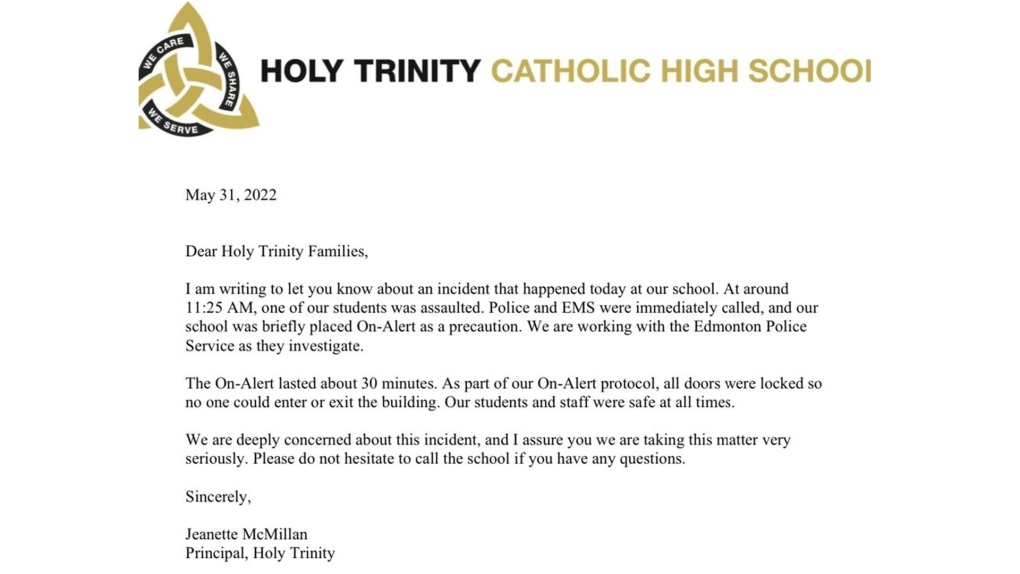 Letter to parents sent from Holy Trinity School on May 31, 2022.