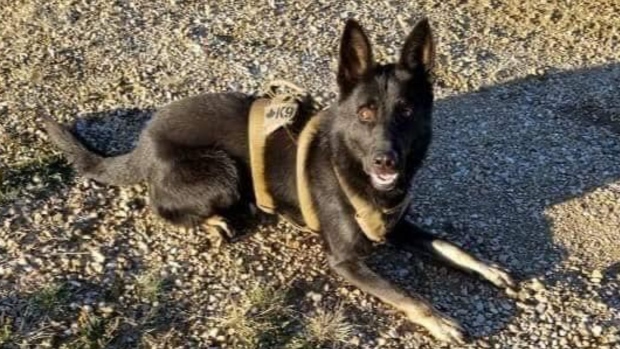 EDMONTON — Alberta RCMP say Lionel Ernest Grey was found with serious injuries when he was arrested at approximately 12 p.m. on Friday. EMS immediately provided medical assistance, but Grey died from his injuries shortly after his arrest, said police.

Police say Grey’s vehicle became stuck in some mud and he fled to a wooded area in Winagami Provincial Park where officers began a foot pursuit.

During the incident there was an exchange of gunfire that resulted in the death of police service dog Jago, said police. No officers were hurt in the pursuit.

The Alberta Serious Incident Response Team (ASIRT) has been directed to take on the investigation.