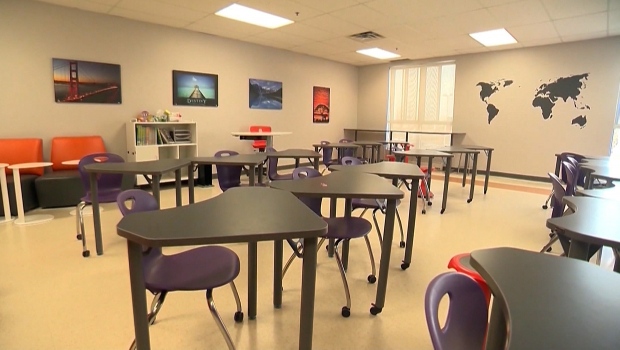 The preliminary results of the ATA survey seem to back up what CTV News has been hearing from school boards and teachers in Alberta since the new draft curriculum was unveiled by the Alberta government late last month.

According to the ATA survey – which heard from over 3,500 Alberta teachers, school leaders, and central office leaders between March 29 and April 7 – 91 per cent of respondents are unhappy with the new curriculum draft.

The survey also showed 90 per cent of teachers are not comfortable teaching the new K-6 curriculum.

“We wanted to give teachers time to review the documents and provide their feedback to us since the government failed to engage teachers in the curriculum process. But the preliminary data is overwhelming: this draft curriculum is fatally flawed,” ATA president Jason Schilling said in a news release.

Among the key areas of concern, according to the ATA survey, is the age-appropriateness of the curriculum.

Eighty-nine per cent of Alberta educators who took the survey believe the draft curriculum is not “age-appropriate” or “logically sequenced each grade and from grade to grade.”

“Teachers are the experts,” said Schilling. “Teachers know what will work in a classroom and what will not, and they are overwhelmingly telling us that this curriculum won’t work for Alberta’s elementary students.”

Another complaint from the survey’s respondents is the lack of inclusivity in the new curriculum.

Eighty-one per cent of Alberta educators surveyed said draft curriculum is not “inclusive of opportunities for all students to reach their potential best.”

Seventy-one per cent disagreed that “the draft curriculum is scientifically rigorous while respecting a variety of beliefs.”

“It is clear that the problem with this curriculum is that teachers were not sufficiently engaged in its development and their concerns were not addressed,” Schilling said.

“The feedback shows that the government has failed its own mission. If the government is serious about producing a strong curriculum, it needs to listen to what teachers are telling them.”

According to Schilling, the ATA plans to provide updates and a final report to the public and the Alberta government after a series of roundtable discussions with curriculum experts are held later in the spring.

CTV News Edmonton has reached out to Alberta Education Minister Adriana LaGrange’s office for comment on the survey results and will update this article when one is provided.