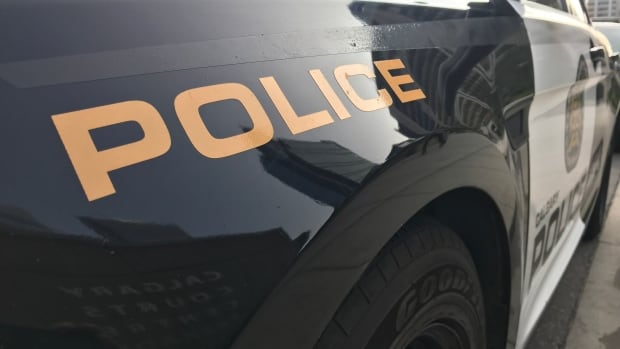 A 24-year-old woman is dead and a man is in serious condition after a single-vehicle crash in downtown Calgary Tuesday afternoon.

Police received reports of a serious collision at Third Street near Seventh Avenue S.W. at about 3:50 p.m. on Tuesday, according to a news release.

Police initially believed the incident involved a pedestrian, but further investigation showed the passenger of the car involved in the incident was thrown from the vehicle.

A black Kia Soul driven by a 26-year-old man was stopped on the west side of the road facing south. With the 24-year-old woman in the passenger seat, the vehicle suddenly reversed and crossed the road.

Police say the sudden movements of the car caused the passenger to fall out from the front passenger door.

The woman was run over by the vehicle. The Kia then struck a unoccupied parked car on the east side of the street.

The woman was pinned under the Kia, and according to police, bystanders at the scene attempted to free her. However, the injured woman died a short time later in hospital.

The man driving the car was found unconscious at the scene. He was transported to hospital for treatment.

Police are investigating drug impairment as a factor in the crash. They currently do not believe speed or alcohol were contributing factors, according to the release.

Investigation into the crash is ongoing, according to the Calgary Police Service, and anyone who witnessed the collision or events leading up to it are asked to call police at 403-266-1234. Witnesses can also contact Calgary Crime Stoppers through their website or by calling 1-800-222-8477.