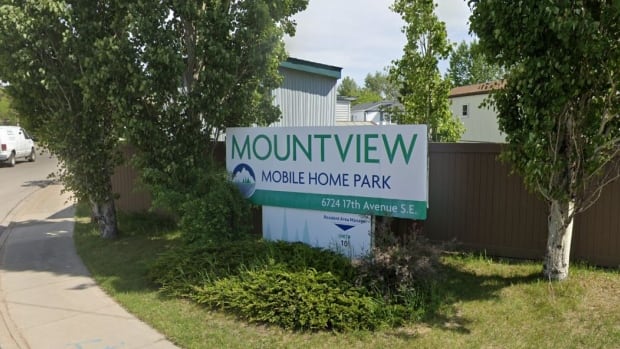 A woman was found dead after an early morning fire Thursday at the Mountview Mobile Home Park in southeast Calgary, police said.

Officers were called around 8:45 a.m. after a fire erupted at a mobile home park in the 6700 block of 17th Avenue S.E., said Brittany Klassen, a spokesperson for the Calgary Police Service.

Calgary Fire Department crews were able to contain the blaze and found one woman dead, Klassen said in an email.

The fire department said there were no other people besides the deceased woman, who was in her 70s, found inside the mobile home.

However, there was a cat that died in the fire. A dog was rescued and is being cared for by neighbours.

The fire department said the home is “severely damaged and will likely be uninhabitable.”

Alberta Health Services was also at the scene and reported no injuries among neighbours or responders.

Fire crews were expected to remain at the scene for the rest of the day.