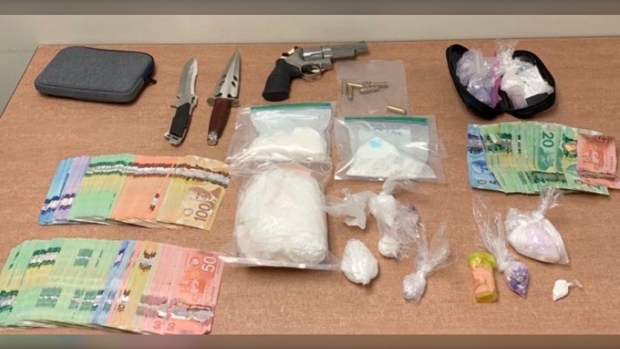 CALGARY — A driver falling asleep behind the wheel led to Lethbridge police seizing $136,000 worth of drugs and a Calgary man facing numerous charges.

Lethbridge police were called around 8 a.m. Tuesday about a suspicious vehicle in the 1400 block of 14th Street N.

When officers arrived, they found the vehicle running, and the driver asleep behind the wheel.

Police say the man provided a false name after being woken up and once he was identified, officers determined he was in breach of release conditions in Calgary.

The man tried to flee when he got out of the vehicle and he was taken into custody after a short foot chase.

During a search, police uncovered a number of items, including:

Michael Newman Davies, 36, of Calgary, is charged with:

Davies was remanded into custody and is scheduled to appear in court next on April 9.

Members of the public are encouraged to report suspicious activity by calling Lethbridge police at 403-328-4444.