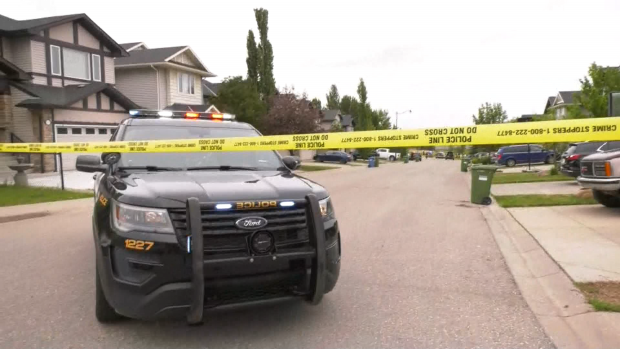 CALGARY — More than dozen shots were fired in a homicide that saw a man and his dog killed in a southwest neighbourhood on Wednesday afternoon.

Surveillance video from a nearby home obtained by CTV Calgary doesn’t show the scene, but more than a dozen shots can be heard ringing out in quick succession.

Police were called to the 500 block of Cresthaven Place S.W. about 1:30 p.m. for reports of gunfire, where they found a man injured, who was declared deceased at the scene. The man’s dog was also killed in the attack.

In a release, Calgary police said the suspect or suspects fled in a vehicle, which may be connected to one recovered by Cochrane RCMP. It did not say where that vehicle was located.

Investigators believe the shooting was targeted.

Calgary police Chief Mark Neufeld is scheduled to provide an update on the investigation at 3:30 p.m. Thursday.