A veteran Calgary Stampeder coach with a lengthy NFL resume and a high motor that makes him look more like a player than a guy on the cusp of turning 70 is making a connection with players four decades younger than he is.

Calgary Stampeders linebackers coach Bob Slowik brings a wealth of experience with him. He’s been in the coaching game for over 40 years including stints in the NFL as defensive coordinator for the Chicago Bears, Cleveland Browns, Green Bay Packers and Denver Broncos.

Slowik didn’t come up to Calgary for the money.  He said he’s coaching here because it’s never a bad day when he’s on the football field.

“I just love coaching,” he said.

“I just want to have an opportunity to get up every day with a team goal and have a passion to win and be part of a winning program that I really enjoy and I’m thankful I’m given the opportunity.”

POPULAR WITH THE PLAYERS

Slowik is a popular coach with the Stamps.  His nickname is Coach Slow, although he’s anything but slow on the football field.

According to linebacker Jameer Thurman, Slowik does everything at a high speed.

“He brings energy every single day,” the veteran linebacker said.

“We see it as soon as we get in meetings in the morning.  He’s wide awake, got a quote for us and is ready to go.  He’s fired up every day.”

Slowik came to Calgary after coaching in Montreal, where he spent the 2019-20 season as the Alouettes’ defensive coordinator.

He started with the Stamps last season as defensive assistant. This season he moved into the role as linebackers coach. Head coach Dave Dickenson said he was happy to have someone with that much experience on his coaching staff.

“He’s a classic, he’s just a football nut and he doesn’t need to be coaching up here for the salary that I pay him I know that.  But he’s dedicated and he’s fun to be around.

“I really respected what I saw when he coached in Montreal and was excited to get him on our staff,” Dickenson said. 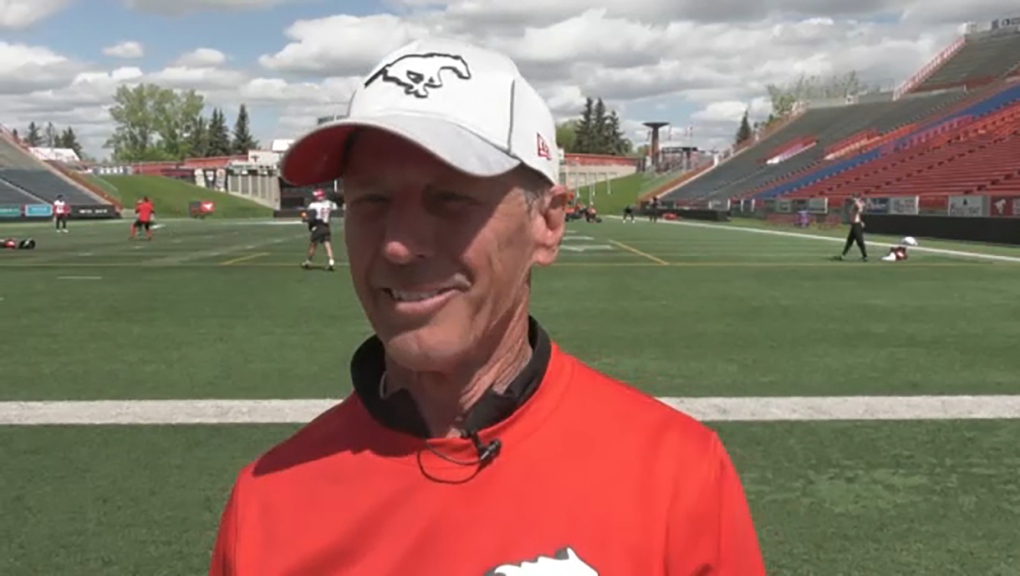 Calgary Stampeders linebackers coach Bob Slowik brings a wealth of experience with him. He’s been in the coaching game for over 40 years including stints in the NFL as defensive coordinator for the Chicago Bears, Cleveland Browns, Green Bay Packers and Denver Broncos.

“Different viewpoint, different knowledge base but also can fit in with today’s players so well.  It’s amazing and great to have him.”

Thurman said Slowik was a great help last season and looks forward to working even closer with the veteran coach this season.

“I’ve learned so much from him already just in the first few weeks of camp from just being around him,” Thurman said.

“I mean I was around him last year as well but now that he’s the linebackers coach he’s taken charge of our room and it’s been a great help for me as well. Just the little details of the ins and outs that he sees that I didn’t see before, now I’m getting that knowledge and it’s just helping me out being a better guy this year.”

Coaching runs in the Slowik family. Bob’s wife Carol, who was recognized as one of the top hurdlers of all time in the United States was a track and field coach and their two sons have also caught the coaching bug.

And it doesn’t sound like coach Slow is planning on slowing up anytime soon either.

He says he’s going to coach for as long as he can.

“Oh probably to the grave,” he laughed.

Slowik and the Stamps head up to Edmonton on Friday for their final pre-season game against the Elks.  They open up the regular season at home against the Montreal Alouettes on June 9th.