LETHBRIDGE, ALTA. — Workers digging for ammonite fossils at the Enchanted Design Ammonite Mine south of Lethbridge have unearthed pieces of a Plesiosaur fossil believed to be around 75 million years old.

She said the Plesiosaur was a very specialized animal, with a large body, four paddle-like flippers, a short tail, very long neck and small head.

“Very weird. I think the Loch Ness Monster from Scotland is based on them,” added Holwerda.

Work at the Enchanted Design Mine is just getting started after being shut down during the winter. Mine manager Michael Shideler said a crew was mining for ammonite fossils when they came across a large concretion (compact mass of material) among the rock and soil. 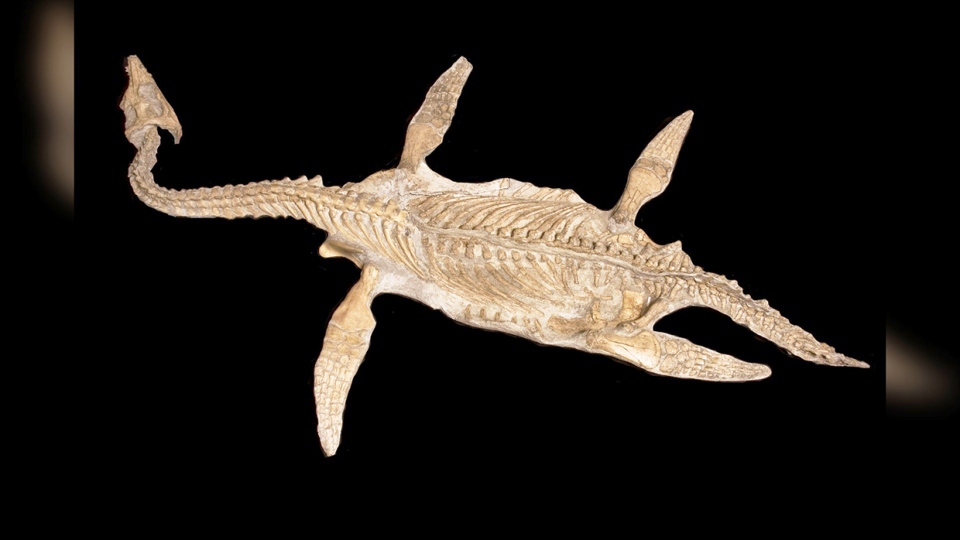 “The guys started scraping and noticed there was some vertebrae that appeared below the concretion line, and right away we knew we had a new fossil,” said Shideler.

Based on the material uncovered at the site, researchers said it was likely this Plesiosaur was an adolescent. It appears to be about seven meters long, half of that being the neck. 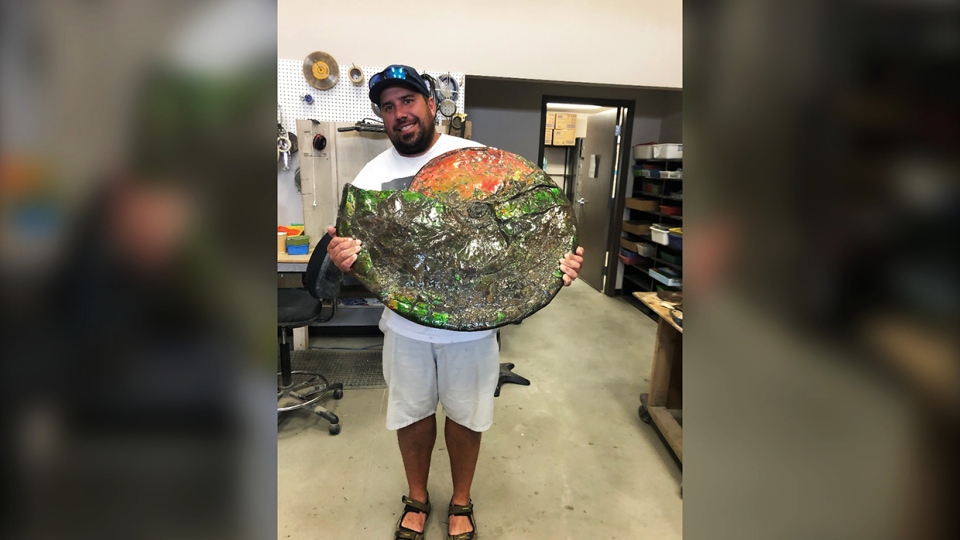 Museums throughout the world contain Plesiosaur specimens ranging from 2.5 to 14 meters long (eight to 46 feet).

Holwerda, who studies marine reptiles, said they are quite rare in the Bearpaw Formation which includes parts of Alberta, Saskatchewan and Montana.

75 million years ago, the area would have been a tropical shallow sea bed.

“So you got this pretty rich ecosystem of Mosasaurs, Plesiosaurs, fish and then we find some shellfish as well,” said Holwerda.

“It was probably quite nice to be a reptile in these parts.”

“We’re in really good ground right now,” said Shideler, adding they also found some rare fish and a few other specimens that have not yet been identified.

“It’s quite interesting and exciting to be able to find this stuff as we’re mining for ammonite.” 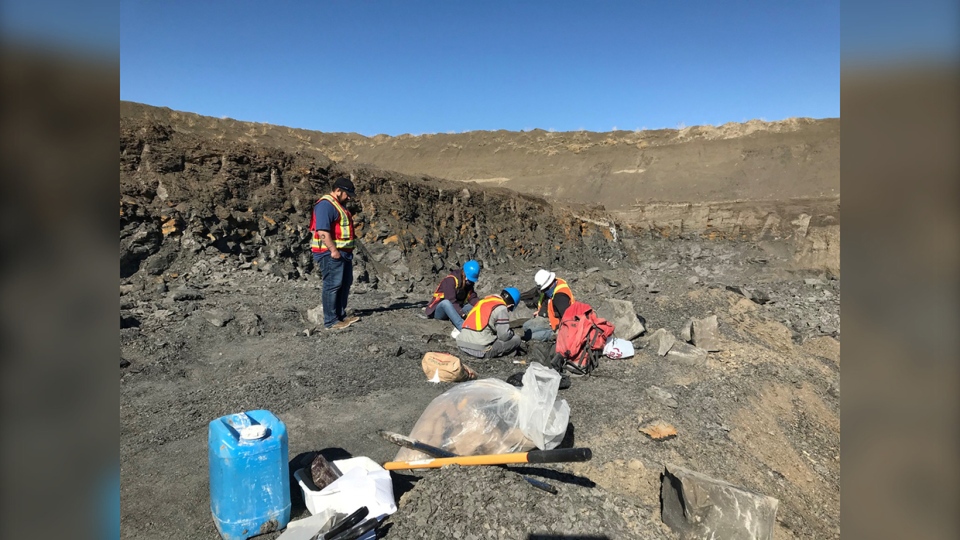 Ammonites were once living organisms which are found as fossils. Enchanted Designs turns them into ammolite jewelry, selling them to distributors in Hong Kong, Arizona and throughout the world.

The Plesiosaur pieces, fish and other undetermined fossils have now been collected and transported to the Royal Tyrrell Museum, where the rock will be removed and the fossils exposed for research.