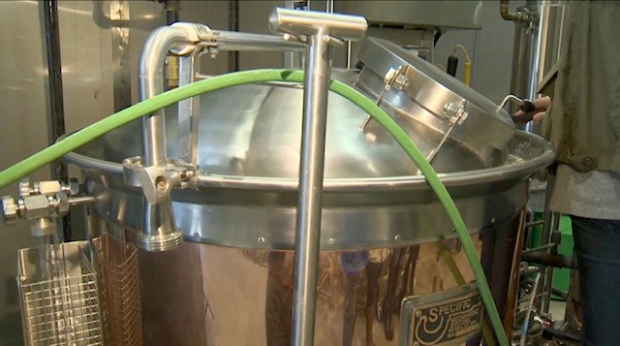 Alberta brewery workers are not eligible to receive the wage top-up, despite producing and selling products to people nearly every day of the pandemic.

“Unfortunately most of the (liquor) manufacturers in Alberta don’t qualify for the critical workers benefit as it was laid out,” said Blair Berdusco with the Alberta Small Brewers Association (ASBA).

Money from the provincial and federal governments provides a one-time payment of $1,200 to eligible frontline workers. Much of the first $355 million went to public sector workers in the health care, education and social services industries.

But the second stage, about $99 million announced in June, is supposed to go to more service employees in the private sector — truck drivers, taxi drivers, janitors and funeral home workers, for example.

Restaurant and food manufacturing workers who worked enough hours are eligible as well, but liquor producers are not, according to the ASBA.

“You don’t want to say that you qualify as much as or more than anyone else, but yeah, these people did show up to go to work every day,” said Berdusco.

“They did put themselves into situations where they had to deal with people and potential risks, especially before we got vaccines.”

Brett Ireland, an ASBA board member and the CEO of Bearhill Brewing, called the benefit program “incredibly challenging” and believes it’s a factor in why many restaurant and breweries are finding it hard to hire employees as businesses reopen.

“It fed into some of the challenges we face in this industry with not a lot of people coming back to work in the hospitality sector, with this mindset that it’s not an essential industry and they’re not essential workers,” he said.

Alberta Labour Minister Jason Copping has previously said they are trying to find a balance in the wage top-up program. They want to help as many frontline workers in Alberta as possible, but only have a limited amount of money to do so.

Private businesses have until July 23 to apply for the benefit program.