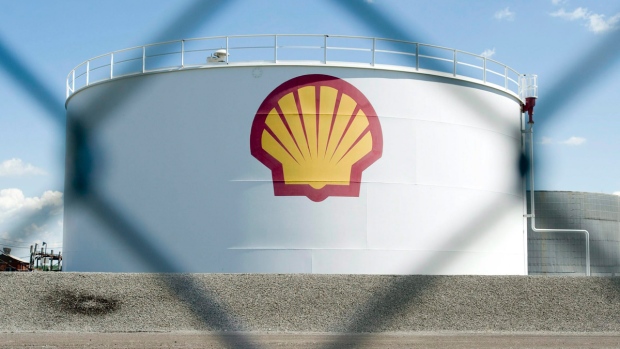 CALGARY — Royal Dutch Shell is further reducing its exposure to the Alberta oilpatch with a deal to sell producing light oil shale assets there to Calgary-based Crescent Point Energy Corp. for $900 million.

The purchase announced after markets closed Wednesday allows Crescent Point to add a new core area to its main assets in Saskatchewan and will boost its 2021 production estimate to about 134,000 boe/d, mainly highly profitable crude oil and petroleum liquids, it said.

“As you can tell, we are very excited about this opportunity and the new chapter we’re writing in the company’s future,” said CEO Craig Bryksa on a conference call following the announcement.

“We believe this acquisition provides us with an incredible opportunity to enter a premier basin through a transaction that’s immediately accretive to the company.”

Bryksa took over as CEO in May 2018 from founder Scott Saxberg after he weathered a proxy fight with dissident shareholders.

On the call, Bryksa said the company’s success in paying down debt and reducing operating costs since then gives it the financial flexibility to make such a large transaction.

Shell is to receive $700 million in cash and 50 million Crescent Point shares in return for its Kaybob Duvernay light oil shale assets in the western part of the province.

Shell will wind up owning about 8.6 per cent of Crescent Point common shares when the deal closes.

“While we believe these assets hold value, the divestment allows us to focus on our core upstream positions like the Permian Basin (in Texas and New Mexico), with integrated value chains, thereby building a resilient, lower-risk and less complex portfolio.”

Shell sold most of its oilsands assets in Alberta to Canadian Natural Resources Ltd. in 2017.

The companies say Shell’s Duvernay assets are currently producing around 30,000 barrels of oil equivalent per day from more than 270 wells. About 57 per cent of production is condensate, highly valued as a diluent blended with oilsands bitumen to allow it to flow in a pipeline.

Crescent Point said it has already identified more than 200 other potential drilling sites on the 130,000 net hectares of drilling rights it is buying and much of it is unexplored.

If the deal closes as expected in April, Crescent Point says it will boost its 2021 capital budget by about $100 million to between $575 million and $625 million, with the extra funds directed to the newly acquired assets.

Shell has been operating in Canada for more than 100 years and will still own shale assets in B.C. and Alberta when the deal closes.

It is also the operator and holds a 40 per cent interest in the LNG Canada export terminal now under construction in B.C. and has about 1,400 Shell-branded service stations across Canada.

This report by The Canadian Press was first published Feb. 17, 2021.